Trending
United States Commits $2.76 billion towards Food Security Assistance to Sub-Saharan AfricaLow Demand Induced a Slump in Grain Prices on the Commodities ExchangeMonkeypox outbreak: Edo State Intensifies Coordinated Response to Contain SpreadFunding Lifeline for SMEs in West Africa from World Bank’s J-CAPHIV Infection: WHO recommends cabotegravir drug for preventionTekedia Institute Launches Tekedia for Enterprise – School Within Your Organization: Get Your LicensePlastics can take hundreds of years to break down and yet we keep making more – Kim HeacoxSeplat Energy begins commercial injection of crude oil through the 67km Amukpe-Escrabos pipelineTizeti to expand into Ghana, Cote d’Ivoire and Togo and list on the Nigerian Stock ExchangeInternational Youth Day 2022 – Intergenerational Solidarity: Creating a World for All AgesInternational Youth Day 2022 – Intergenerational Solidarity: Creating a World for All AgesEmpowering Young Women and Refugees through STEM & SustainabilityNow Accepting Applications: MEST Africa Challenge 2022 for technology startups ($50,000 in equity)Join the Women Techmakers Ambassadors Program 2022 for women in TechEnter for the CATAPULT: Inclusion Africa Acceleration Program 2022 for Fintech startups
Skip to content

The FBI arrested a husband and wife on Tuesday morning, alleging they conspired to launder cryptocurrency stolen from the 2016 hack of virtual currency exchange Bitfinex, and said law enforcement has already seized over $3.6bn in cryptocurrency tied to the hack.

The action represents the United States Department of Justice’s largest-ever financial seizure, Deputy Attorney General Lisa Monaco said, adding in a statement that it shows cryptocurrency is “not a safe haven for criminals”.

Ilya Lichtenstein, 34, and his wife Heather Morgan, 31, both of Manhattan, are scheduled to make their initial appearances in federal court Tuesday at 3pm (20:00 GMT) in the US District Court for the Southern District of New York.

The case was filed in a federal court in Washington, DC.

The pair is accused of conspiring to launder 119,754 Bitcoin that was stolen after a hacker attacked Bitfinex and initiated more than 2,0000 unauthorised transactions.

Justice Department officials said the transactions at the time were valued at $71m in Bitcoin, but with the rise in the currency’s value, it is now valued at over $4.5bn.

“As the complaint alleges, the FBI and federal prosecutors were able to trace the movement of Bitcoin from this hack,” said Matthew Graves, the US Attorney for the District of Columbia.

He added that the money moved through a major darknet exchange tied to a host of crimes, as well as cryptocurrency addresses tied to child sexual abuse materials.

Tuesday’s criminal complaint came more than four months after Monaco announced the department was launching a new National Cryptocurrency Enforcement Team, which is comprised of a mix of anti-money laundering and cybersecurity experts.

Cybercriminals who attack companies, municipalities and individuals with ransomware often demand payment in the form of cryptocurrency.

In one high-profile example last year, former partners and associates of the ransomware group REvil caused a widespread gas shortage on the US East Coast when it used encryption software called DarkSide to launch a cyberattack on the Colonial Pipeline.

The Justice Department later recovered some $2.3m in cryptocurrency ransom that Colonial paid to the hackers. 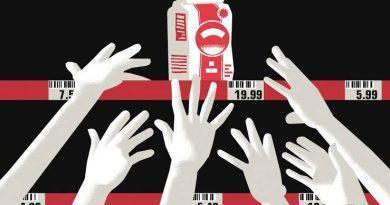 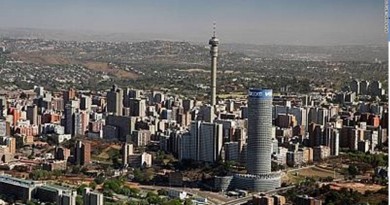 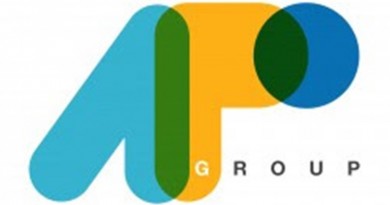 Call for Entries: African Women in Media Award for Women’s Entrepreneurship in Africa