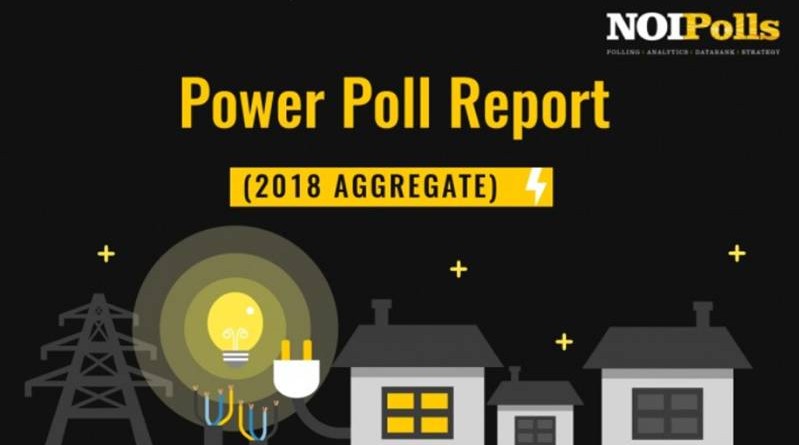 New aggregated power poll results released by NOIPolls for 2018 revealed that while the power sector experienced marginal improvement in 2018 (40 percent) compared with previous two years – 2017 (37 percent) and 2016 (36 percent) power supply still remains inadequate to Nigerian households. An assessment of power supply in 2018 revealed that Nigerian households witnessed the highest improvement in Q3, 2018 as stated by 43 percent of the respondents surveyed, none the less more than half of the respondents reported they saw no improvement. In addition, monthly analysis has shown that the highest improvement in power supply was recorded in the month of August 2018 with 46 percent confirming they experienced improvement. the Minister of Power, Works and Housing, Mr Babatunde Fashola, stated that the country’s power generation was at its peak of 7,000 megawatts (MW) in August 2018.[1] Despite reaching a peak of 7,000 megawatts (MW), it is still grossly inadequate considering the country’s population and the role of electricity in the development of the nation’s economy.

Similarly, the average cumulative hours of power supply to Nigerian households in Q3, 2018 was highest at an average of 9.8 hours. Year on year analysis showed that the average cumulative hours of power supply was slightly higher in 2017 than in 2018 despite an increase in generation. Also, the month of August 2018 recorded the highest average daily cumulative hours of power supply to Nigerian households with 10.3 hours. This figure is still a far cry when compared to the 24 hours (international standard) of daily power supply mostly obtained in other countries. For instance, according to the Spectator Index report on power supply, Nigeria was ranked the second worst country in the world.[2] Given the current state of power supply in Nigeria, it is pertinent that the Federal Government and stakeholders in the power sector invest in key infrastructures. For instance, gas pipelines, equipment used in the distribution, generation and transmission of electricity, and other facilities as well as bringing in more investors into the industry to provide the funds needed to move the sector forward. These are the key findings from the aggregated power sector poll conducted by NOIPolls over a period of one year (January to December 2018).

Electricity generation and consumption is vital to the development of any nation as its use is directly linked with to healthy economic growth. Therefore, it is important for any nation aspiring to join the league of developed economies to implement strategies for providing adequate electricity supply to foster a thriving, stable and growing economy for her citizens. The power situation in Nigeria is a major cause for concern as the current status of electricity generated in Nigeria remains grossly inadequate as epileptic power supply across the nation has hindered the growth of the manufacturing sector and subsequently, stalled the development of the country. [3]With the aim of monitoring the progress made so far since the power sector reforms in Nigeria, NOIPolls introduced the Power Polls in 2013 to explore the perception of Nigerians towards these reforms. The polls were conducted monthly to explore the amount of power supply received daily, as well as the state of power supply to households. The result presented is a one-year (January – December) tracking of power supply to households from the consumers’ end in 2018.

The poll result revealed that Q3, 2018 experienced the highest improvement in power supply as expressed by 43 percent of Nigerians surveyed. This comes as no surprise because the Minister of Power, Works and Housing, Mr Babatunde Fashola, stated that the country’s power generation was at its peak at 7,000 megawatts (MW) in August 2018[4]. Given that August falls in Q3, this could have attributed to the greater improvement in power supply in Q3, 2018. This is closely followed by Q4, 2018 as mentioned by 42 percent of the respondents whereas, Q2, 2018, experienced the lowest (38 percent) power supply in 2018.

Further findings over the period in view revealed that the average hours of cumulative power supply to Nigerian households nationwide was also highest in Q3, 2018 at an average of 9.8 hours daily.

Similarly, analysis of poll results showed that the month of August 2018 recorded the highest daily cumulative hours of power supply to Nigerian households which stood at an average of 10.3 hours daily while April 2018 recorded the lowest in this regard with 8.7 hours daily.

Year on year analysis showed that Nigerians witnessed a relative improvement in power supply in 2018 (40 percent) than in 2016 and 2017. Also, the poll revealed that the average hours of cumulative power supply to Nigerian households was at its peak in 2017 at an average of 9.7 hours daily.

In conclusion, the poll has revealed that in Q3, 2018, 43 percent of Nigerian noticed a relative improvement in power supply to their households especially in August with an average of 10.3 hours of daily cumulative hours of power supply in 2018. However, the data obtained from this report has shown that electricity supply to Nigerian households remains grossly inadequate and unstable regardless of the comparative improvement experienced in Q3 and Q4 2018. Finally, although continuous efforts are being made to improve power supply, the sector is still faced with various problems such vandalism, sabotage, generation and distribution amongst other challenges. Therefore, stakeholders in the power sector should work towards overcoming these challenges and providing 24 hours uninterrupted electricity supply to Nigerian households, industrial companies and the manufacturing sectors to foster greater economic development and growth in the country.

The opinion poll was conducted over a period of one year (January to December 2018). It involved telephone interviews of a random nationwide sample. 12,000 randomly selected phone-owning Nigerians aged 18 years and above, representing the six geopolitical zones in the country, were interviewed. With a sample of this size, we can say with 95% confidence that the results obtained are statistically precise – within a range of plus or minus 4.65%. NOIPolls Limited is the No1 for country-specific polling services in West Africa. We conduct periodic opinion polls and studies on various socio-economic and political issues in Nigeria. More information is available at www.noi-polls.com 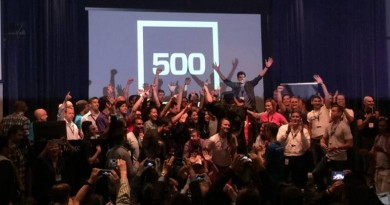 Entrepreneurs – Apply for a Full Scholarship to Deal Camp 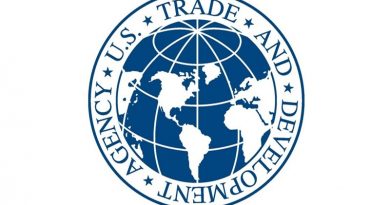