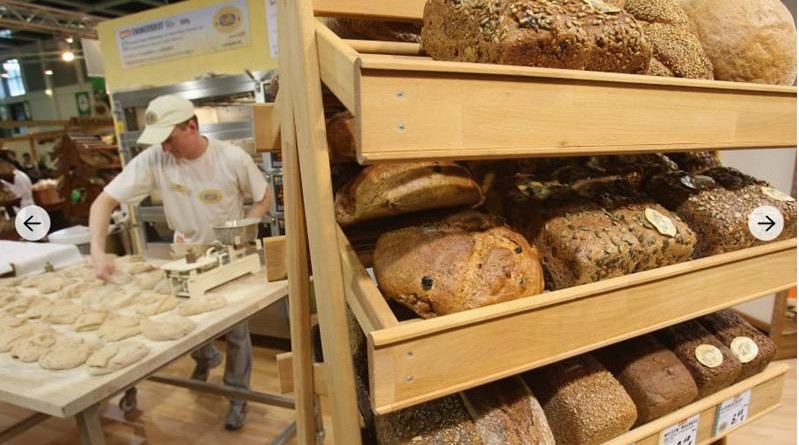 Global Markets Manufacturing and Energy Press Releases and Results
December 6, 2018 Editor 0 Comments
You’ve seen the French sauntering around with slender baguettes under their arms or sporting jaunty berets as they pedal bicycles laden with crusty bread.
Those cinematic scenes are nice, but when you really get down to business — as my countrymen are inclined to do — it’s obvious that the world’s best bread comes from Germany. Here, bread literally sustains our culture.
Germans have more bakeries and eat more varieties of bread than most other countries in the world (although we might not go toe-to-toe with France on the bakery count).
According to the bread register of the German Institute for Bread (of course there is such a thing), there are now more than 3,200 officially recognized types of bread in the country. And German bread culture was officially added by UNESCO to its Intangible Cultural Heritage list in 2015.
A key German term rests upon those hearty loaves: one of the words for work is Broterwerb, literally “gaining one’s bread.”
Bread is a staple for most meals in Germany: at breakfast, break-time (sometimes called Pausenbrot, or “break bread”) and dinner or Abendbrot, literally the “bread of the evening.”
“It sells like sliced bread” is a German proverb describing fast-selling items.
Bread even stars on TV: a talking loaf named Bernd has become a popular character among German children. The comedy series “Bernd das Brot.” hosted by the titular character, has been airing on the children’s channel KI.KA since 2000.
Oh, and the German postal system even has a stamp with a “German bread culture” slogan that went on sale in 2018.
So why are Germans so mad about loafs, pretzels and rolls?

History in the baking

German bread is heartier than the bread baked by many of its neighbors.
Frank Vincentz/Wikimedia
One of the reasons for this immense variety in bread products is the fragmented history of Germany up until the 19th century.
Until then, what is known as Germany now was a cluster of hundreds of small duchies or kingdoms, all with their own distinct culture and dialect, and with their own bread.
Thrown into this mix in the Middle Ages were another cluster of successful and growing merchant cities, also trying to attract trade and new emigrants — some with outstanding baked goods.
Germany doesn’t have the same amount of sunshine as southern France or Italy, and many areas are not conducive to wheat production, so grains such as rye and spelt tended to thrive better here and produced breads still consumed today. The wheat-based breads remained in the southern cities like Munich and Stuttgart.
The main driver for the bounty of bread: farmers, merchants and dukes alike needed something nourishing against the often cold and rainy days. So Germans to this day tend to eat sourdough bread made with rye, spelt and wheat flours and packed with grains and seeds.
German bread is heavy and has substance; it (literally) outweighs fluffy focaccia or ciabatta.
That hefty tradition never caught on in the rest of Europe. In 1792, Johann-Wolfgang von Goethe recorded that while on a military campaign in France, he offered some of his dark rye bread to two captured Frenchmen, and they promptly fled back to their own lines.

A master baker prepares bread at a bakery in Schwante.
Johannes Eisele/AFP/Getty Images
Today, while food trucks in other countries serve up tacos and burgers for lunch, Germany sticks to standard bakeries, which all stock “belegte Brötchen,” rolls with a various fillings — the real German fast food.
The variety of baked goods can be a little perplexing when encountered for the first time: there’s farmers bread, mixed bread, stone oven bread, sunflower bread, pumpkin bread, five seed bread and so on.
But don’t let all these loaves overwhelm you. Just visit a local bakery, or Bäckerei and have a look for yourself. All of it is good. And if you have a sweet tooth, most bakeries also have a confectioner (or Konditor) attached — so there’s cake and pastry aplenty.
Germans were baking nutritious whole-grain bread long before the organic health food renaissance. While some supermarket chains have started baking their own goods in-store, most Germans swear by their local corner bakery and most German supermarkets actually come with their own little local bakery attached.
Becoming a baker continues to be a highly regarded trade, and German bakers complete high-level, creative training that most other countries do not have.
There are German standards for bread quality and sizes, and each year the German Institute for Bread announces its “bread of the year.”
In 2018, it’s Dinkel-Vollkornbrot, spelt whole grain bread.
Eaten at most meals, bread still forms a cornerstone of the German diet and culture — even though some of the established larger bakeries have had problems recruiting new bakers in recent years, as fewer and fewer young people have an interest in learning the strenuous trade.
That doesn’t mean that there are no artisan bakers trying to create new types of bread for a global audience in hip cities like Hamburg, Berlin or Munich. Bakeries such as Zeit für Brot, Soluna Brot und Öl or Springer are basing their products on natural and local ingredients to create new, delicious products — while still strongly rooted in the tradition of German craftsmanship.

Types of German bread well worth a try

There’s a variety when it comes to rolls, or Brötchen.
3268zauber/Wikimedia
Brötchen (bread rolls): This is your standard white bread roll, which is not known as Brötchen everywhere in Germany. Some regions have their own word, including Semmeln, Wecken, Schrippen or Rundstück (literally the “round piece”). There are also different variations of Brötchen with sesame, poppy or pumpkin seed sold as whole-grain rolls.
Milchbrötchen (milk roll): A variation of the roll made from fluffy white dough prepared with milk, often with raisins or chocolate chips added — making it a favorite for little Germans at the breakfast table.
Hörnchen: Another breakfast staple (especially on Sundays), Hörnchen or “little horns” are the German version of croissants, albeit with more butter. Coming in a similar half-moon shape, Hörnchen are delicious with jam or even chocolate spread.
Vollkornbrot (whole grain bread): Most loaves on the shelves of German bakeries are of the dark brown and healthy variety, and whole grain bread accounts for many of these. It is commonly eaten with cheese or cold meats in the evening, and it is actually protected by a law making it mandatory for Vollkornbrot to have a whole-grain flour content of at least 90%.
Pumpernickel: A rich dark bread made with 100% rye, originating in the northern areas of Germany and one of our most famous breads. Pumpernickel is baked over a long period of time at low temperatures, and often served as hors d’oeuvres with cucumbers or fish. It’s so popular that even most supermarkets across Germany sell Pumpernickel in small, pre-sliced batches.
Roggenbrot (rye bread): This covers literally any other rye bread than Pumpernickel and varies a lot in density and color depending on regional recipes and preferences.
Katenbrot: Another dark brown and coarsely textured whole grain variety. Katenbrot means “barn bread” and like Vollkornbrot is a staple on German dinner tables, best enjoyed with cheese and cold cuts.
Sonnenblumenbrot (sunflower seed bread): As the name suggests, this bread is sprinkled with a generous dose of sunflower seeds and tastes slightly sweet, making it a good healthy breakfast option. Try it with cream cheese and fruit jam — delicious!
Dreikornbrot/Fünfkornbrot (three/five grain bread): These variations of whole grain bread must easily be among the healthiest bread options in Germany. Made with variations of wheat, rye, barley, oats and maize, it can be eaten for breakfast, lunch and dinner, and is especially delicious served with soup.
Brezel (pretzel): This hearty specialty, sometimes sprinkled with salt, originates in the southern parts of Germany where it is known as Brez’n (and Brezel anywhere else). Slathered with butter, it is the perfect snack to accompany Bavarian beer in a Munich beer garden.
So, there it is. Germany’s food culture is not just sauerkraut and sausages.
It is nourished by daily bread to this day. And there are German bakeries around the world: in Goa, India; Dublin, Ireland; New York and beyond.
So the next time you want to sample German efficiency, don’t go for a test drive in a shiny new German Volkswagen.
Have a hearty slice of sourdough bread instead with some nice German cheese and butter slapped on top. You’ll find that German bread really is the best in the world.
By Marcel Krueger.
Marcel Krueger is a German writer and translator based in Dublin and Berlin. He mostly writes about history, travel and beer — or all three combined.
SOURCE: CNN 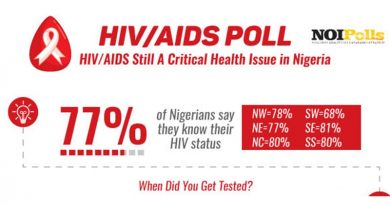