IN a matter of days, precisely from September 10 through to September 12, all roads will lead to Frankfurt, Germany for two big entertainment events that have contributed in no small measure in internationalizing the Nigerian entertainment and Nollywood movie industry.

The events, the second edition of Nollywood Film Festival Germany (NFFG) and the third edition of Nollywood Europe Golden Awards NEGA, will hold at the prestigious Filmforum Höchst VHS Cinema, Emmerich-Joselstr, Frankfurt am Main, Germany. While the annual NFFG serves as a platform to showcase films made by Nigerians at home and in the Diaspora, the NEGA is designed to honour those that have contributed to the growth of Nollywood.

But one man, a Nigerian, journalist, actor, producer, show promoter has been behind the hosting of these annual cultural exposition that has exposed and recognised talents of Nollywood and stand up comedians alike to fans in Europe particularly Africans in the Diaspora. Enter the Founder and President of Ehizoya Golden Entertainment, organisers of the festival, Mr. Isaac Izoya who is popular as ‘Cultural Ambassador’. Indeed if you are somewhere in Frankfurt, in Berlin and in some part of Europe and have not heard about Isaac Izoya then you probably did not take time out to find out the biggest name in entertainment and show promotion in that axis.

Call Isaac Izoya or Ehizoya Golden Entertainment and fingers will point to the Ishan, Edo State-born but Frankfurt-based entertainment promoter and actor who has remained committed in his effort to promote, project and propagate the arts, culture and cinema endowments of Nigeria. An actor and producer who has featured in, produced and premiered Nollywood film in Germany and also toured several cities in nine European countries extensively, Izoya has been at this effort to promote Nigeria and Africa’s rich cultural heritage as well as and engender global integration since 2003.

And since he started, Izoya has remained focused and observers say he has a track record that has remained unbroken till date. Product of the prestigious London School of Journalism and recipient of a number of awards, it was to create a platform that artistes could exploit to influence culture and humanity, that Izoya established Ehizoya Golden Entertainment.

Registered as a promotional concern in Germany, Ehizoya entertainment is reputed to be in the forefront of cultural promotion in Germany and indeed in Europe. Izoya has led the entertainment company to produce a number of movies including ‘Sinners in the House’ which was released and premiered in Europe before seven ambassadors including the Nigerian Ambassador to Germany, ‘Home and Abroad’, ‘Fortunes Card’ and ‘Love in Berlin-The meeting point’ which was shot at different locations in Germany. Isaac has also led Ehizoya to sponsor several prominent Nigerian artistes, musicians and comedians on European tours.

Some of the artistes who have toured Europe on their invitation include Ramsey Noah, Ngozi Ezeonu, Nkeiruka Sylvanus, Jim Iyke, Desmond Elliot, Mercy Johnson Okojie, Patience Ozokwo aka Mama Gee, Charles Inojie, Benedict Johnson, Chinedu Ikedieze and Osita Iheme a.k.a Aki and PawPaw, John Okafor a.k.a. Mr Ibu, Victor Osuagwu a.k.a. One Dollar, and comic and musical artistes like Bright Okpocha aka Basket Mouth, Julius Agwu, J. Martins and Timaya. Izoya’s contribution has been recognized and acknowledged as exemplified by the number of awards of excellence he has received including Cultural Ambassador Award by Association of African Ambassadors in Berlin, Nollywood Outstanding Personalities Award NOPA by National Association of Movie Journalist (NAMOJ), Lagos, Nigeria, Kultural Ambassador Media Award KAMA by African Heritage/Media Consult, Hamburg, Germany and a nomination for the Adler Award as African Best Entertainment/Producer In Europe by African Youth Foundation – AYF. Bonn, Germany.

Described by close friends as hardworking, friendly, accommodating, humane and industrious, Isaac, the only son born to the Izoya’s has announced that they are ready for the second edition of the festival and the third edition of the award. Controversial actress Cosy Ojiokor has been named as the major headliner for the festival. Also listed, as headliner is the celebrated comic actor Ime Bishop Okon, long-standing actress Ngozi Ezeonu and the United States based producer and actress Queen Blessing O. Itua.

But it will not all be about the films stars strutting the red carpet and signing autographs. There will be stand up comic act by the notable comedian Gandoky while internationally acclaimed movies like “Stigma” by Dagogo Diminas, “The Last Slave” by Henry Ozuluonye and the Igbo language film (subtitled in English) “Chetanna” will screen during the festival. However, Izoya explained that the event has been expanded to recognize the artistic bias of outstanding politicians and businessmen whose actions have directly or indirectly impacted on the entertainment industry.

“We have gone the extra mile this time to include Nigeria best comedian and musician with Nollywood stars in this year programme. We want Nollywood fans to laugh, have a hands shake with the Nollywood stars and later party at the NEGA Awards gala-night NFFG closing ceremony”, Izoya enthused. This year, Ehizoya is partnering with a number of media and corporate organization for the success of the festival. He revealed that the newly appointed Consul General of the Nigerian mission in Germany Mr. John C. Ejinaka have expressed his willingness to partner with the organisers for the success of the festival. But the big catch for Izoya apart from the partnership with the Nigerian Mission is the involvement of the Frankfurt FilmForum Höchst in hosting the festival. The cinema house played host to the festival in 2014.

For most observers, the decision of the German cinema to accept the partnership proposal even is a practical reflection of Isaac Izoya’s resilience and untiring efforts in promoting Nollywood across Europe using Germany. But where has funding come for all this and Izoya who will always end a conversation with the last line ‘the show must go on once there is life’ says it has been a tough call getting potential sponsors especially from Nigeria. In his words: “It is impossible to hold the cultural fiesta without adequate corporate and government support. The amount involved in hosting the event is much.

I have been home (Nigeria) for a while now but all I have been getting are promises and promises as you know don’t get shows off the ground”. Izoya however remains undaunted. He stated that he we would continue to impress on potential sponsors to appreciate the need to support the event. “It’s only the Nigerian and German embassy and the cinema house and a few media organizations that have responded positively to our request for collaboration and that’s because they know the import of the event.

I think its time we re-enforce the fact that Nigeria and indeed Africa is not all about drugs or 419 or prostitution. We need forums like this to make statements about our potentials”, he said. But what is in all this for Izoya whose career wish is to be formally designated a ‘cultural ambassador by the Nigerian government and the African Union? “It’s about recognition, about promotion of Nollywood, about living up to my name Izoya which means ‘rescue’ and Isaac which means ‘laughter’ (and we rescue people with our comedy or laughter shows) and to be remembered for a man that has done so much for motherland. Martin Luther King Jr, Mother Theresa, and Nelson Mandela have done it in their own capacity.

“We are also doing it in our own little ways. We have been able to make impact to so many lives both in the industry in particular and within the African community in Diaspora in general. As the only child of my parents, I promised my father of making his name known around the world for good. I think my father is happy with me today for that accomplishment”, he said. 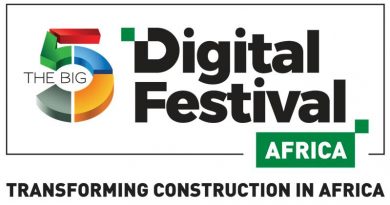 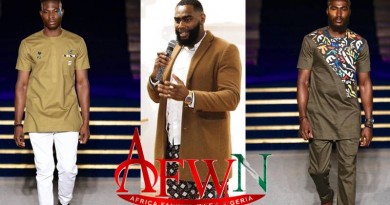