Bitcoin continued its move lower Friday, struggling to find footing after a week of pain for the world’s largest cryptocurrency.

The digital asset hit a low of $4,119 Friday, according to data from CoinDesk, bringing its seven-day losses to more than 25 percent. In dollar terms, bitcoin‘s value dropped by about $1,400 over that time frame.

Other cryptocurrencies didn’t hold up this week either. Not a single one in the top 28 by market capitalization was trading in the green Friday, according to CoinMarketCap.com. XRP, the second-largest by market capitalization, fell 6 percent Friday, bringing its one-week losses to 10 percent. Ether was down 7 percent in 24 hours and lost roughly 30 percent for the week.

The total market capitalization for cryptocurrencies fell to $138.6 billion Friday, according to CoinMarketCap data, its lowest level since September 2017. Since its peak, the market has lost about $700 billion in value, according to the data.

The tumble for bitcoin started abruptly last week when it fell below $6,000 and hit a new low for the year. The plunge followed what had been a surprisingly calm few months for bitcoin and a break from the rest of its volatile trading year. Since then, prices have hit new 13-month lows and struggled to move out of the $4,300 range.

The price dips are a stark contrast from last Thanksgiving when the cryptocurrency was entering a hot streak thanks to a wave of new retail investors. Since that holiday week last year, prices are down by more than 55 percent.

Breaking down the dip

Some analysts blamed a “fork” in the cryptocurrency bitcoin cash for that initial drop below $6,000. That digital currency split into two versions in mid-November and diverted what’s known as “hash power,” which some say dragged down the broader crypto markets. Both sides appeared to be selling bitcoin to “fund mining operations to win the battle,” Brian Kelly, CEO of BKAM, told CNBC.

The $6,000 level could have been a key exit point for some traders. Bitcoin going below it likely triggered “stop losses” which could have exacerbated the selling. Those bitcoin support levels were broken as the cryptocurrency continued to hit lower lows.

The Securities and Exchange Commissionannounced its first civil penalties against cryptocurrency founders last week as part of a wide regulatory and legal crackdown on fraud and abuses in the industry.

Earlier this week, Bloomberg News reported that U.S. regulators are looking into whether bitcoin’s record-breaking rally last year was the result of market manipulation. The U.S. Justice Department is investigating whether traders used tether, a controversial cryptocurrency that founders say is backed 1:1 by a U.S. dollar, to prop up bitcoin, according to the report, which cited three people familiar with the matter.

Bitcoin could also be feeling the effect of other global markets sliding this week.

“Markets around the world are fragile, and panic and sentiment are playing a disproportionate role right now,” Tom Lee, co-founder of Fundstrat Global Advisors, told CNBC this week. “Does this mean bitcoin is broken? No. The use case is still there, but in the short term, panics are panics.” 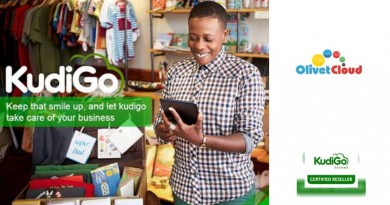