The opening session was marked by a welcome address by H.E. Finda E.M. Koroma, the Vice President of the ECOWAS Commission. In her speech, she welcomed all the Ministers of States to the validation meeting on behalf of H.E Jean-Claude Kassi Brou, President of the ECOWAS Commission, and the entire Management and staff of ECOWAS. She expressed the Commission’s gratitude to the Republic of Ghana for Chairing the meeting, and also thanked Honourable Ministers from Member States for making themselves available for the validation meeting. The Vice President indicated that ECOWAS Commission had set an ambitious objective to become Sub-Saharan Africa’s top-performing Regional Economic Community (REC) in HCD by 2030. It was for this reason that the Draft Report – HCD Ministerial Validation meeting Commission developed the Integrated Human Capital Development (HCD) Strategy, aimed at improving the human capital indices of the West African region by 2030.

She highlighted that the ECOWAS Commission has identified six (6) areas of intervention to assist Member States in making progress on each of the four (4) priority levels under the ECOWAS Strategy for 2030, namely (a) Advocacy, Policy and Communication, (b) Monitoring and Evaluation, (c) Capacity Building and Knowledge Sharing, and (d) Resource Mobilisation. The six (6) areas relate to the updating of (i) HCD index, (ii) HCD gender index, (iii) HCD implementation monitoring and evaluation dashboard, (iv) ECOWAS HCD report 2022, (v) the organisation of capacity building sessions and exchange fora between the National HCD Focal Points and ECOWAS HCD squad, and finally, (vi) the conduct of study on gender transformative action for HCD.

Honourable Cecilia Abena Dapaah, the Chair of the meeting and Mini Sanitation and Water Resources, for the Republic of Ghana. In her opening remark, she highlighted the importance of human capital development for ECOWAS member states and congratulated the ECOWAS Commission and its partners for championing the development of the Integrated Human Capital Development Strategy and its implementation documents for the region. She further emphasized the importance of Human Capital Development in the governance of nations today and highlighted how it is particularly important in stimulating creativity and innovation among the population to boost sustainable development. She called for a better involvement of women and girls in education, as well as the mainstreaming of women in the informal economic sectors into formal and sustainable wealth production activities.

The meeting thereafter went into plenary sessions where the documents were discussed and reviewed. Some of the important recommendations include creating synergy on gender initiatives among Member States, increasing visibility for gender transformation actions, using harmonized data and surveys for reporting, and improving HCD indicators outcome for better comparison among Member States.

The closing remark was made by H. E Finda Koroma who thanked all for their inputs, observations and promised to ensure that all recommendations are considered in the final version of the reports. 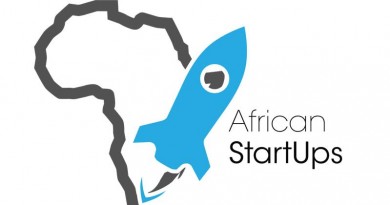 #VentureFunding: Venture capital funding for African startups to reach $2.8b in 2021 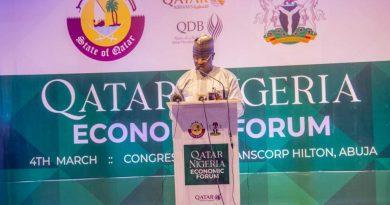