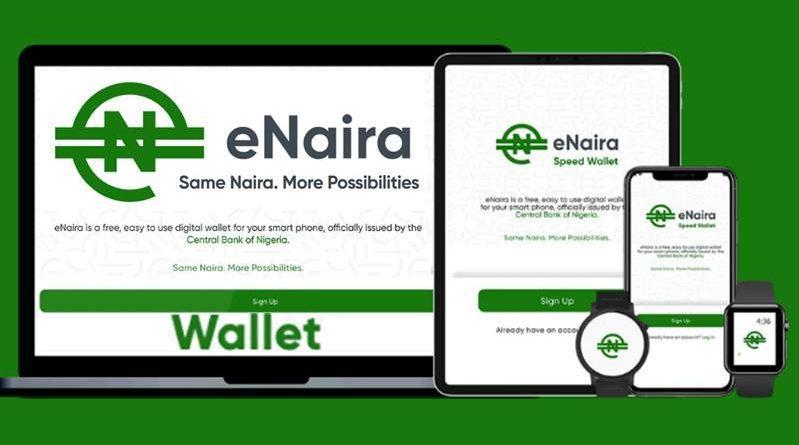 CBDCs operate just like the money you see when you check your bank accounts online, with the eNaira issued by CBN and held directly in citizens’ digital wallets.

While cryptocurrencies like bitcoin (BTC, -0.51%) are decentralized, unregulated and unbacked, CBDCs are regulated, centralized and backed by a central bank (the regulator).Olumide Adesina is a Nigeria-based certified investment trader with more than a decade experience.

CBDCs are typically pegged to the fiat currency in place at the central bank. Compared to the wild volatility of crypto assets, the value of a CDBC is backed by the country’s monetary reserves.

“The eNaira is the Central Bank of Nigeria’s attempt to stay in tandem with other global central banks as decentralized modes of storing value and payment become more mainstream,” said Samuel Sule, a director with the Renaissance Capital investment bank.

But he cautioned that Nigerians could see the project as rendering decentralized digital assets as obsolete.

“There are underlying philosophical questions around the centralization of digital currencies, which could make it unappealing to a large section of its users. That said, monetary policy legally remains the exclusive realm of central banks. Thus, all work done around new modes of value storage and transmission is justifiable.”

The CBN aims for the CBDC to increase financial inclusion rapidly and easily. Creating and holding funds for citizens in a central bank account could offer better access to financial services for the unbanked or underbanked.

Ben Constanty, co-founder of Smartlink, which brings applications to the decentralized web, highlighted some of the unique opportunities the CBDC can provide citizens of Africa’s biggest economy in regards to mobile accessibility:

“As Nigeria is still considered one the most ‘unbanked’ countries in the world, decentralized identity systems and CBDCs will provide the population with a way to prove their identity and get access to banking services directly from their smartphone. It also means that every transaction will go through that system in order to buy and sell things.”

The CBDC will also make remittances easier. With restrictions on foreign exchange and the high transaction fees associated with transferring money in and out of the country, many Nigerians are already using bitcoin to make domestic and international transactions cheaper and faster.

In addition, the central bank will be able to achieve its objectives of safeguarding people’s money, ensuring a safe and resilient payment system, and strengthening public confidence in the naira. As it provides transparency and is difficult to counterfeit, it could be a good way to combat economic crime and fraud.

With the eNaira, consumers can access low-risk and reliable payment options. By eliminating the need for third parties, the CBDC could contribute to efficient and low-cost transactions.The CBN will also be able to implement the cashless policy and numerous jobs will be created for Nigeria’s booming youth population as a result.

Taxes and transaction costs will increase the government’s revenue. And it should help to combat terrorism financing, illicit fund flows and criminal activities, and enhance oversight of fund movements and payments.

But the eNaira could give the CBN greater control. A growing user base for bitcoin and other cryptocurrencies has already made Nigerian financial regulators worry about losing control over the money supply. The momentum is considered by them as a threat to economic stability and money in general.

Some economists also believe the CBN can spend in deficit and shift funds directly to citizens without worrying about the national debt in times of economic hardship. In other words, a CBDC could present an obvious inflation risk.

The eNaira might disintermediate the banking sector if it becomes mainstream. Nowadays, Nigerian commercial banks serve as intermediaries between depositors and intermediaries so funds can be secure and are available when needed; the intermediary gives interest as a means of attracting funds for a specified period of time.

Nigerian banks might face a challenge when dealing with such digital assets. In the case of the CBN, for instance, offering everyone a virtual wallet where they can store their money, there would be little need for banks today. Unless the CBN grants the banks new licenses to do this you do not need a bank to administrate your wallet, thereby increasing the redundancy of the Nigerian banking industry.

The eNaira also raises big concerns when it comes to privacy, especially with a government that violates human rights on a regular basis. The centralized digital asset could also eliminate the privacy that cash provides. This could serve as a tool for financial regulators monitoring human rights organizations and what they do with contributions they receive.

“As central banks globally jump on the digital currencies wagon, the space is likely to witness more regulations, limitations and even censorship, as these will be controlled networks,” says Constanty.

The confidentiality and anonymity of transactions are reduced when central banks monitor and control transactions more closely. Each transaction can be monitored, recorded, analyzed and taxed using digital tools provided by the CBN.

This would also enhance control over the level of access a Nigerian citizen has to a financial system, particularly if the citizen attempts to engage in behavior considered threatening by the financial authority.

Inevitably, the Nigerian digital currency would cause centralization, a situation that would exacerbate already rife cyber vulnerabilities and increase attack surfaces and vectors, making the Nigerian central bank a target.

Will the CBDC mean an end to decentralized currencies?

Not according to Jill Richmond, International Policy and Advisory Board member at the Global Digital Asset and Cryptocurrency Association. “Regardless of [a] CBN digital currency, we believe that cryptocurrencies will still have a place in Nigeria’s emerging digital economy due to their public and permissionless nature.”

So Nigeria’s digital currency could be a huge plus for crypto enthusiasts and demonstrates Nigeria’s interest in leveraging the benefits associated with adopting digital currencies “Early adopters will gain big advantages in the long run. Nigeria along with other “non-aligned movement” and “second world” countries have an opportunity to leapfrog into what is thought of as the first world economy, said Mayande Walker, chief executive officer at OpenCryptoTrust, a blockchain developer.

“Smart early adopters can begin offering financial services and applications that are in line with what is clearly the future of money. While bigger economies stumble past the complexity of adoption and change, Nigeria, Vietnam, Philippines, Turkey, Peru (along with Switzerland) can cut through to the future. Digital currencies make sense in all the ways that the fiat experiment has failed.” 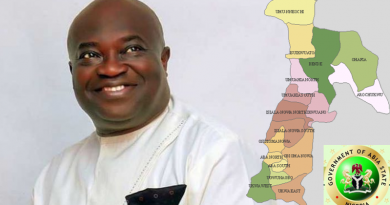 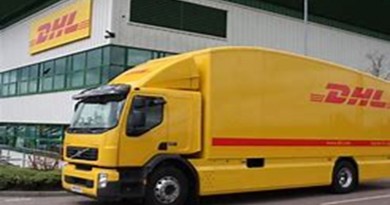