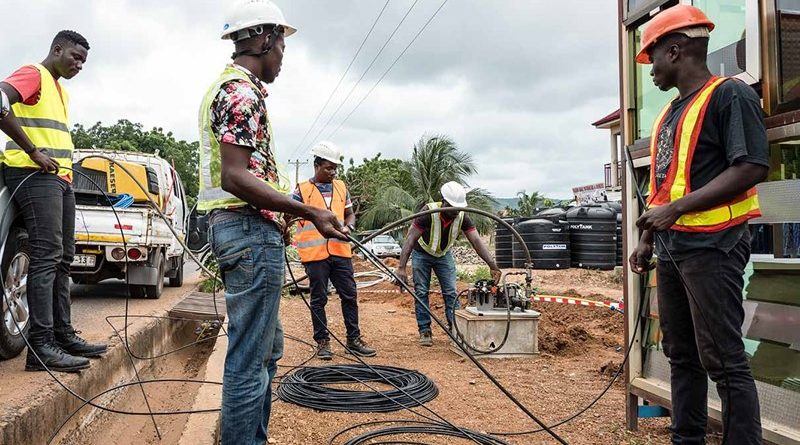 With about 40 employees and the responsibility of laying power lines and upgrading electrical grids across Senegal’s hinterland, Abdou W. Kane runs the kind of medium-sized company that you might think would have no trouble raising money for capital improvements and expansion.

Yet, like millions of other small and medium enterprise (SME) owners across West Africa, Kane has found credit hard to come by. When he approached banks for a $220,000 loan last year to buy new equipment for his business, Cogelec Energy, they asked him to place all his contracts with Senegal’s electrical utility and his own house as collateral while setting an interest rate – 11.7 percent – that would be out of reach for many.

“If you want to raise external money, if you want a strong capital base for your business, that’s just the only option here,” he said.

What Kane is experiencing, is the SME finance gap, a phenomenon common to emerging economies and particularly acute in the eight countries of the West African Economic and Monetary Union, or WAEMU. In this subregion stretching from Niger to Senegal, SMEs have rarely been able to gain access to affordable, long-term credit that would allow them to raise productivity, deliver more jobs, and, for the more marginal businesses, gain formal titles to their companies. Even as national economies within the subregion have grown rapidly, a chronic lack of bank financing has prevented SMEs from expanding and innovating.

To help close this gap, the Joint Capital Markets Program, or J-CAP, an initiative of the World Bank Group, promotes development of local capital markets to expand financing for SMEs. Strong capital markets allow developing countries to mobilize money for local wealth creation and for climate, social, and infrastructure projects, while lowering the markets’ dependence on foreign debt and protecting them from volatile capital flows.

In January 2022, a regulatory framework was created for the development of diverse, sustainable capital markets. The regional capital markets authority, Abidjan-based Régional de l’Epargne Publique et des Marchés Financiers issued new regulations allowing for the creation of local private-equity and venture-capital (PE/VC) funds, with key assistance from J-CAP. The new rules require that PE/VC funds based in the region direct at least 70 percent of their total investment portfolio to companies that are small or medium-sized and unlisted on stock markets.

These funds, a staple of capital markets elsewhere, will channel investment capital to promising startups and young enterprises that are typically too risky for banks. The PE/VC funds will go where banks haven’t been willing to go before, investing in SMEs that may lack the audited financial statements and, in the case of longer-term finance, the credit history that banks require.

Such SMEs often have no collateral to offer and have had to rely instead on loans from friends and family that rarely have the size and maturity to enable growth. Still, they are the lifeblood of the West African economy, growing quickly in the last few decades to account for some 90 percent of all businesses. They employ millions of people in everything from construction to restaurants to fashion.

Yet in the seven francophone states plus Portuguese-speaking Guinea-Bissau that together comprise WAEMU, SMEs have faced a serious capital shortage. In all but Senegal and Togo, bank credit to the private sector as a percentage of GDP was below the average for sub-Saharan Africa, which, at 29 percent, was itself far below averages in North Africa and Latin America in 2014, according to a report published in the Review of Development Finance.

“Ninety to 95 percent of companies in Senegal, for example, are SMEs,” said Laurent Gonnet, lead financial sector specialist at the World Bank office in Dakar. “They’re all kinds of companies: startups, small companies that want to grow, larger ones that need restructuring. They have all sorts of needs, and we needed to create an instrument that provides this additional capital.”

New PE/VC funds – nimble, attractive to foreign capital, run by professional fund managers with the expertise to find untapped investment potential – could offer financing to perhaps 2,000 companies in the WAEMU zone, said Gonnet. “Not a panacea,” he said, but still a significant impact in a region starved for credit.

“The PE/VC framework does not attempt to be a substitute for the banking sector,” he explained. “On the contrary it’s going to complement what banks do. When we talk to banks, they say, these SMEs are promising, we would love to loan to them. The problem is that they don’t have enough capital base. That is why capital markets are part of the solution,” said Gonnet.

J-CAP was launched in 2018 to offer advisory services sequenced with investment with the goal of unlocking the power of local markets to enable resilient, sustainable growth. Bringing together experts from across the World Bank Group, the J-CAP initiative focused originally on Bangladesh, Indonesia, Kenya, Morocco, Peru, Vietnam, and WAEMU. J-CAP has since expanded to include Colombia, Serbia, South Africa, and the Philippines. J-CAP’s work is supported by the governments of Switzerland, Germany, Norway, Australia, Luxembourg, Japan, and the Netherlands.

In the WAEMU subregion, J-CAP financial sector specialists have played a key advisory role in drafting new rules of the road for financial markets since 2019, helping to modernize the region’s regulatory climate to empower local capital markets development.

In December 2021, CREPMF issued rules on PE/VC funds as part of a 65-page compendium of new regulations. The reform package, which took effect on January 1, also strengthened rules governing WAEMU’s existing mutual fund industry, which, with about 160 funds, is better-established than private equity but still operating far from its potential.

The PE/VC funds contemplated in the new framework are open to global, institutional investors, a broad category of liquidity-rich entities including pension funds, mutual funds, and insurance companies.

Existing overseas funds currently have a handful of investments in the WAEMU countries, but unclear and obsolete regulations had prevented homegrown funds from taking root in the past. Meanwhile, private equity has flourished elsewhere in Africa. Between 2014 and 2019 private-equity funds invested $10.2 billion in West Africa, with most of that total going to Nigeria and Ghana. The WAEMU countries combined accounted for less than 10 percent, according to the African Venture Capital and Private Equity Association (AVCA), a London-based trade group.

Private-equity funds plowed $25.4 billion into all of Africa in the same period, AVCA reported. Private-equity inflows to the continent dipped significantly in 2020 due to the pandemic but rebounded strongly in 2021.

In the WAEMU countries, funds under the new framework will have local control and knowhow, an important selling point for investors as they can trust that fund managers and regulators know the terrain, said Sonia Iacovella, a World Bank Senior Financial Sector Specialist who led J-CAP’s team at CREPMF.

“The WAEMU authorities wanted to have their own framework so that managers would register the funds in West Africa, and that’s a big deal,” said Iacovella. “Because once you regulate a fund in West Africa, then the fund is also supervised in West Africa. The pension funds, insurance companies and other institutional investors that can go into this type of asset will be much more secure knowing the fund is being supervised by local authorities, because they know what they’re doing.”

The due-diligence usually performed by banks will be done instead by fund managers, as with private-equity funds everywhere, an important distinction for companies shut out from bank loans in the past, said Iacovella. “These are professionally managed funds distributed to professional investors. CREPMF will not need to allocate a lot of time and resources to checking them,” she said.

The new rules allow founding investors to create funds without the legal status of a company, giving them more flexibility and opening the way to limited partnership deals with other investors, including sovereign entities.

About 30 prospective funds have filed license applications with CREPMF so far, mostly in the economic leaders in the subregion Côte d’Ivoire and Senegal. It will take time for institutions in countries farther afield to develop investment structures that meet CREPMF’s standards and find suitable investment targets, but, said Iacovella, a trend is developing. “I’m hoping that it reaches, for instance, Togo, an economy that has been picking up,” she said.

One of the first PE/VC funds under the new framework could be Oyass, a Dakar-based entity that has partnered with the German state-owned development bank KfW to invest in Senegalese SMEs.

The World Bank is currently collaborating with the government of Senegal to turn Oyass, which was created under the old regulations, into a private-equity fund with the Senegalese sovereign wealth fund Fonsis as its limited partner. The World Bank is also supporting Fonsis to help attract private investors and make Oyass the first private-public VC/PE fund in the sub-region if not in the whole SSA. Wholly private funds are conceivable under the CREPMF framework, too.

With a public-private hybrid structure that is unusual in the field of private equity and venture capital, Oyass will aim to send a powerful signal to investors that PE/VC funds have arrived in WAEMU for good, said Gonnet, who is assisting in the development of Oyass.

“There is a demonstration effect with Oyass, yes, but not only to demonstrate adoption of the new framework. It’s also to show that because of the new framework, you can attract foreign investors to the private sector,” he said. Fonsis and the other backers are currently seeking a fund manager, Fonsis said recently.

Ultimately, startups and capital-hungry companies across the WAEMU subregion should be able to gain new opportunities for financing, with money coming from a much wider variety of foreign and domestic sources than in the past. When successful, private equity sparks innovation by bringing capital to risk-taking entrepreneurs, said Iacovella.

“What I would expect to see is SMEs having an alternative source of funding, rather than going to the bank and being refused,” said Iacovella. “The idea is to stimulate and incentivize innovation and job creation and boost the regional economy.

In the end, Abdou Kane was able to gain a bank loan for his company – but with stringent conditions that he believes few other SMEs in Senegal would be able to meet. He would welcome private-equity funds as an alternative. “I had to give [the bank] my house to get machinery to expand my business,” he said. “So, yes, I think it would be very attractive. 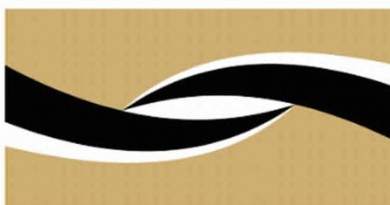