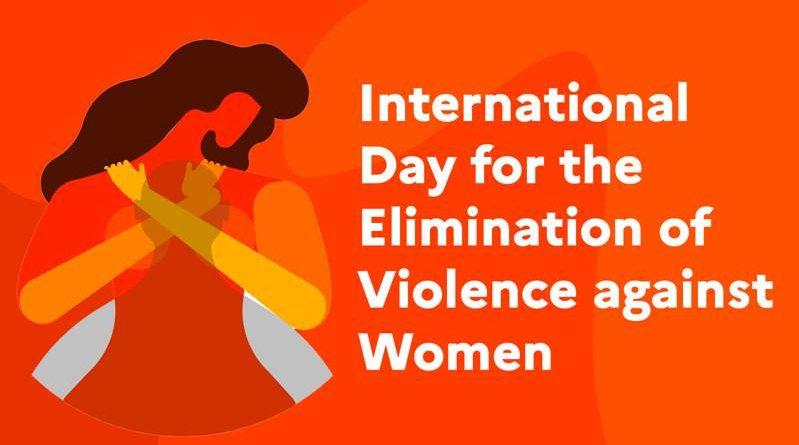 Violence against women has continued unabated leading to loud outcries and for years concerned persons and various organizations have continued to voice dissent against this societal malady to little avail. According to the United Nations, violence against women and girls (VAWG) is one of the most widespread, persistent and devastating human rights violations in our world today and remains largely unreported due to the impunity, silence, stigma and shame surrounding it.

On this background is the International Day for the Elimination of Violence Against Women observed annually on the 25th of November and promoted by the UN. For 2018 the theme of the observance is ‘‘Orange the World’’ with a hashtag #HearMeToo.

The United Nations defines violence against women as any act of gender-based violence that results in, or is likely to result in, physical, sexual or psychological harm or suffering to women, including threats of such acts, coercion or arbitrary deprivation of liberty, whether occurring in public or in private life.

The UN posits that a staggering one in three women have experienced physical or sexual violence in their lifetime—a pandemic of global proportions.

In Nigeria, findings by NOIPolls has continued to highlight the rising prevalence of domestic violence against women. The poll which was conducted in June 2016, in partnership with Project Alert, revealed that domestic violence against women (97 percent) was very prevalent in the Nigerian society, despite the prohibition by Section 34 (1) of the 1999 Constitution, which guarantees the rights of all against torture and/or degrading treatment. 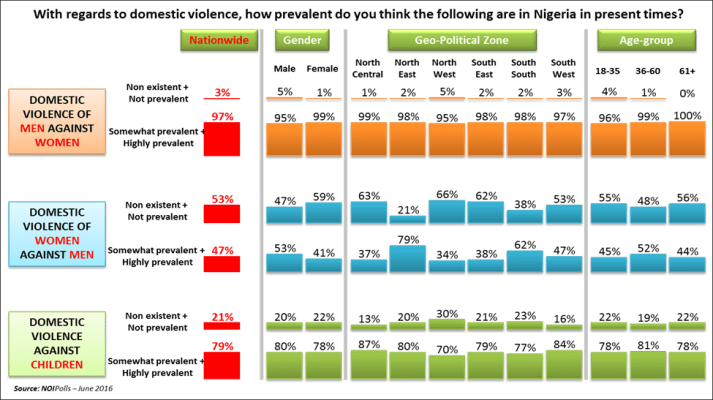 Prevalence of Domestic violence against women in Nigeria. SOURCE: NOIPols

Subsequently, 54 percent reported they had personally suffered or know someone who suffered some sort of domestic violence. Of this proportion, 75 percent revealed that the victims were majorly women and majority of the respondents who gave this assertion were females.

Is is worthy of note that the Senate during one of its plenary session on Tuesday May 23rd 2017, expressed concern over the continuous rise in sexual assault and domestic violence reported against women and children.

The Lagos State Domestic Violence and Sexual Violence Response Team (DVSRT) reported 138 cases of domestic violence against women from May 2017 to March 2018.

In the same vein, the Sokoto State Hisbah Commission recorded 30,160 cases of domestic violence from January 2017 to April 2018.

Responses on having suffered or knows someone who has suffered some sort of domestic violence in Nigeria. SOURCE: NoiPols

Thus, violence against women is highly prevalent in every strata of the Nigerian society irrespective of gender, geo-political zone, age, class, tribe or education. Violence against women is a violation of their human rights and cannot be justified by any political, religious, or cultural claim as it has led to the deformity and in extreme cases death of many women in Nigeria.

Hence, right steps should be taken and there should be sustainability in the struggle against acts of violence against women I the country regularly.

It is everyone’s concern and duty to fight this malady

The Nigerian Government through the Ministry of Women Affairs must pay more attention to issues of gender-based violence. This would help in policy formulation to prevent further gender based domestic violence and protect women and children from the attendant complications arising from said violence.

There should be public enlightenment through the mass media on the negative effects of domestic violence against women.

Also, the government should establish and fund counseling centers at the community and Local Government levels, employing professional counselors to help victims and perpetrators of domestic violence.

Finally, laws and policies protecting the rights of women should be properly enforced to greatly reduce domestic violence as it has become a pandemic issue.

Due punishment should be meted to those who inflict violence against women. 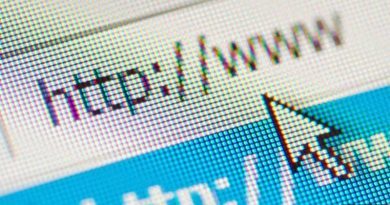 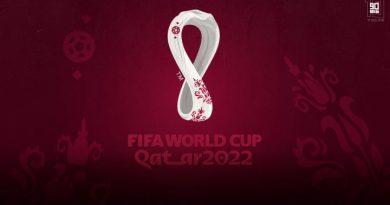 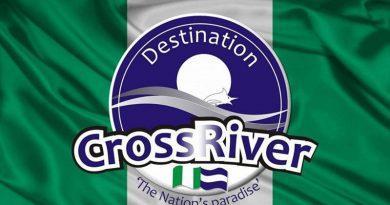