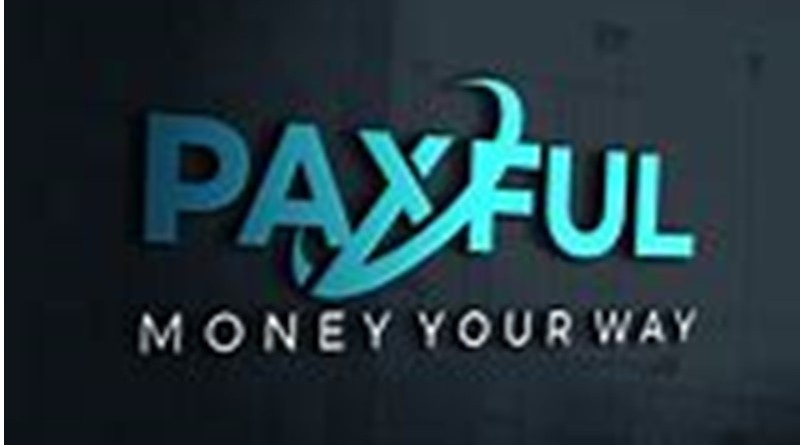 Blockchain technology is one of the most notable developments of our age. A recent Deloitte survey of senior executives worldwide in 2019 found that 53% of respondents said blockchain has become a critical priority (an increase from last year) (http://bit.ly/33FXAgF) and 83% of respondents believe there are compelling use cases for blockchain.

In honour of International Women’s Day celebrated annually in March, the global peer-to-peer bitcoin marketplace, Paxful (https://Paxful.com/), is shining the spotlight on the contribution women are making to the rapidly growing blockchain and bitcoin industries.

Paxful has launched an annual list of the leading female professionals and entrepreneurs in the African Blockchain and Bitcoin industries to highlight some of the most influential women in these emerging sectors. In no particular order, the individuals on this year’s list are all innovative and inspirational leaders who are actively making a difference and carving the pathway for other females to enter and make their mark in a space that has been predominantly occupied and led by men.

Ray Youssef, co-founder and Chief Executive Officer of Paxful says: “This year’s International Women’s Day theme, #EachforEqual is drawn from a notion that ‘collectively, each one of us can help create a gender-equal world’. The tech sector rightly gets a bad rap for not yet being inclusive enough. As an industry, we can all do better. Beyond a moral imperative, there’s no question that tech businesses and our society can only benefit from embracing talent with diverse backgrounds, experiences, values, and ideas.”

“Personally, I think women are better at tech. Women add a new dimension to innovation, they’re better collaborators, community builders and in many ways better problem solvers. And as such are absolutely critical to the future of the blockchain and bitcoin ecosystem. Paxful is committed to growing female participation in the sector, and especially championing female talent from emerging markets,” adds Youssef.

While in a 2018 study by blockchain incubator and VC Longhash, only 14.5% of blockchain startup team members were found to be women (http://bit.ly/33wwZ5t), more than 40% of Paxful’s employees are women and the company is set to further increase female appointments across all its offices, which include Estonia, New York City, Philippines, as well as South Africa. Female representation is a priority in every department with many women fulfilling leadership and managerial roles across the various offices.

As an advocate for inclusion, Paxful treats every employee equally no matter gender, race, culture or skill set; providing deep training and development opportunities to all employees and ensuring that wellness and health remain top of mind.

The company later launched a global ambassador program called the Paxful Peer Program (http://bit.ly/33ssLvG) aimed at connecting young bitcoin users across the globe. African female participants have been among some of the top performers in the program. Through its #BuiltWithBitcoin charitable initiative the company has also awarded bursaries to women from underprivileged backgrounds and plans to build 100 schools across emerging markets.

As a professional accountant, Doris is a true blockchain evangelist. She is the founder of Blockchain Ladies Africa (BAL), a 3 000-member all-female group that focuses on uniting African women and leading blockchain education. She is a serial entrepreneur and business advisor with a unique combination of experiences in entrepreneurship, business development, and strategic marketing. Doris is passionate about women in Africa and believes blockchain represents freedom for African women.

Known as “The Bitcoin Lady”, Alakanani is one of the leading blockchain influencers on the African continent. Her story is one of remarkable hope as she tragically lost her son to illness in the late 2010s, but in her battle to fund her son’s treatment, she heard about bitcoin as a way to accept international donations. This led to the start of Alakanani’s journey, which has seen her become one of the first proponents of bitcoin in her country. As a trained teacher, she has transferred her teaching ability from traditional subjects to teaching blockchain technology. She established the Satoshicentre, a blockchain hub in Gaborone where she works with developers to try to increase the understanding of bitcoin and how to utilize blockchain technology in developing solutions to everyday-life problems faced by Africans.

As a blockchain and crypto early adopter, Yaliwe has established her presence in the sector by becoming the Chairwoman of the United Africa Blockchain Association and founder of Essence Crypto Consultants, as well as United Africa Women in Blockchain. Passionate about education, technology, and financial inclusion, she ventured into cryptocurrency and blockchain technology in 2016 upon discovering the difference it can bring to the world, and especially how it can help improve inefficiencies in Africa. As a qualified training facilitator and assessor, she has developed a learner guide for beginners and numerous YouTube tutorials on blockchain technology and cryptocurrency and how to explore opportunities.

As a seasoned executive, Monica has not been afraid of ushering in change in the financial sector space. In 2017, she was appointed as South Africa Lead for Consensys, an international venture production studio using blockchain technology to build distributed applications on the Ethereum world computer. Monica has held numerous board and advisory positions including board member of the South African Institute of Chartered Accountants and the Accounting Blockchain Coalition which sets the audit accounting and tax guidelines for crypto assets based.

Sonya was one of the first women involved in the industry in South Africa. In 2013, she started a bitcoin payment company called Bitcoin Payments, a BitPay Affiliate partner, which allowed online merchants in South Africa to accept bitcoin as a payment method for goods and services. She went on to co-found Bitcoin Events in 2014, a company that hosts South Africa’s leading cryptocurrency and blockchain events, namely the Blockchain Africa Conferences as well as the Crypto Fest. Realizing the need for education around blockchain and cryptocurrencies, Sonya established the Bitcoin Academy in 2015 which was later renamed to the Blockchain Academy. Sonya is also the co-founder and COO of Xago, a Cape Town-based company offering an XRP cryptocurrency exchange, gateway and payment platform for retailers enabling fast and cost-effective payments using the Ripple blockchain.

Imen is a Mechanical engineer from Tunisia and executive MBA graduate from the Mediterranean School of Business with many years of experience working in finance and technology for multinational firms such as Ubitrade, Gltrade, Fis and Sunagrd where she founded the Sungard Byrsa Lab. She has been the Chief Blockchain Officer and Head of Innovation Factory at Talan since 2017. As a leading blockchain and cryptocurrency expert, Imen has established and managed a number of tech organizations aimed at disseminating consistent innovations in Africa. She enjoys training individuals and businesses on how they can implement the new technology in their operations and make it work for them. She also organizes hackathons and events related to solving problems with tech.

Roselyn is the Chairperson of the Blockchain Association of Kenya and also heads the Kenyan Women in Blockchain Chapter. She is very interested in the innovation coming from disruptive technologies like blockchain start-ups and has worked to empower innovative tech start-ups in East Africa. Roselyn is a certified member of the Kenya Institute of Directors, a non-political professional organization of individual corporate directors and senior managers committed to the professional practice of corporate directorship in Kenya. Roselyn previously worked for eight years as a UN Women program officer. Thereafter she went into business for 10 years as a Safaricom business dealer where she opened and operated several Safaricom retail and money transfer outlets.

A seasoned corporate executive, Naomi is the Blockchain Lead for the Standard Bank Group, a role that stretches across 16 African countries for both Commercial and Retail Banking. She is also Chair of the South African Financial Blockchain Consortium. She sees the main potential of Blockchain on the African continent to drive economic freedom in the eco-systems that we live and work in, through the distribution of trust and central power. Naomi is also passionate about discovering and developing strategic business ideas throughout Africa by creating value through solving key customer problems that result in commercially viable business opportunities by leveraging emerging disruptive technologies.

Michelle owns her own digital and investment business exploring emerging technologies such as blockchain technology in the context of emerging markets, trade, enterprise and sustainable development. Referred to as a young thought leader in the blockchain space, Michelle is working across borders to evaluate the impact of emerging technology for different segments of society including women, business, governments and others; as well as drive education on how to leverage digital tools to drive forward social and economic development. Michelle’s first engagement relating to blockchain was in 2009, which lead to the start of her journey to evaluate the growth of the digital economy and potential of emerging technologies such as blockchain, quantum computing, Big Data and others. Michelle has also been undertaking research and education on these technologies with university partners and global institutions such as WTO, UN, World Bank, African Union and many others. Michelle holds several positions on various boards including the African Union – Digital Trade and Transformation Taskforce.

Olayinka is a highly respected financial services risk management expert and renowned international attorney who specializes in blockchain, crypto and emerging technologies. She has over 15 years of experience in compliance and helping financial firms navigate through international regulations. Olayinka holds an M.S. in Cybersecurity Management and Policy which she relies on to provide information assurance to financial institutions and the blockchain landscape. She now combines her passion for blockchain, cybersecurity and compliance to provide consultancy services for financial institutions. In her spare time and as the co-founder of the Black Women Blockchain Council, Olayinka strives to increase the number of young girls and black women in blockchain, fintech and other emerging technologies. She is also a digital content writer and has produced several informative and engaging articles for major online global magazines. In addition, as a renowned speaker, Olayinka has presented at several blockchain conferences.

Distributed by APO Group on behalf of Paxful.

About Paxful:
Paxful’s (https://Paxful.com/) mission is to give people a simple, fair, and secure platform for buying and selling bitcoin. They aim to bring financial inclusion to the underbanked and unbanked through peer-to-peer finance. Every user gets a free digital wallet that lets them send, receive, and store BTC. The P2P marketplace cuts out the middleman with their secure escrow service and has a 24/7 customer support system dedicated to resolving issues for their users. 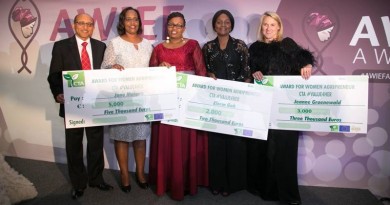 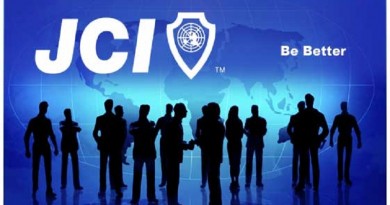