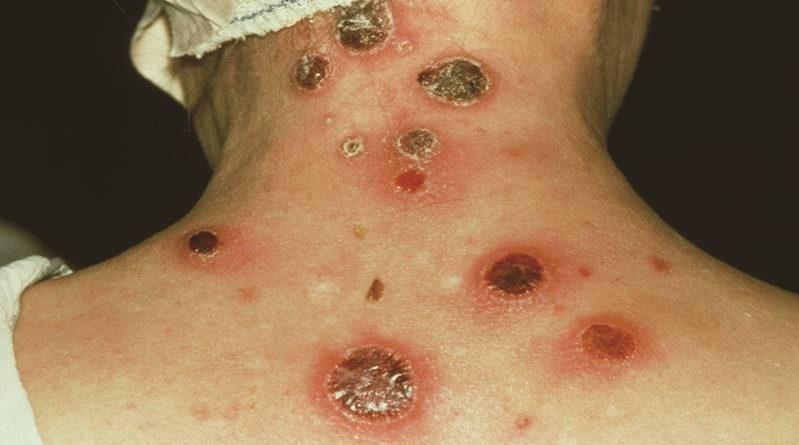 Two decades ago, syphilis was nearly eradicated domestically. But despite the best efforts of healthcare professionals and advocates, the disease never fully went away.

Six years ago, cases of syphilis and other sexually transmitted diseases began spreading at a more rapid pace: Between 2015 and 2019, cases of chlamydia, gonorrhea, and syphilis rose 30%, per the Centers for Disease Control and Prevention (CDC). Most alarmingly, cases of syphilis in newborns (also known as congenital syphilis, which can cause major health problems in infants) nearly quadrupled in that same time period.

Nearly 130,000 cases of syphilis in all stages were reported in 2019, the CDC reports, an 11.2% increase over the previous year. The infection disproportionately impacts already vulnerable populations, too: Black, American Indian, and Hispanic people are most at risk, as well as men who have sex with men.

Although the CDC has yet to finalize 2020’s numbers, the agency already announced that there were more cases of congenital syphilis last year than in 2019. But why is syphilis, an easily treatable infection, on the rise in the first place? And what can be done about its spread? Here, doctors explain everything you need to know about the sexually transmitted infection.

What is syphilis, and what are its symptoms?

Primary syphilis is characterized by a round, painless sore (or sores), called a chancre, at the site of infection, Dr. Murphy says. Chancres usually occur on or around the genitals, anus, or mouth, the CDC explains. Secondary syphilis typically involves a rash on one or more parts of the body, including the palms and soles of the feet, Dr. Murphy explains, as well as general symptoms like fever and swollen lymph nodes. (Both of these stages can be mild and easy to miss.)

See also  The 33 Most Profitable Business Opportunities in 2022 by Michael Keenan, Shopify

Next is the latent stage, which is asymptomatic and occurs without treatment, Dr. Murphy says. Finally, the tertiary stage—which can occur after as little as one year or as long as 30 years—is the last step of syphilis infection. Most people with syphilis do not reach this point, but those who do experience issues with multiple organ systems, including the brain, eyes, heart, and blood vessels, Dr. Murphy explains. “Tertiary syphilis can be very dangerous and even fatal,” she warns. Organ damage and death are common outcomes of this stage.

What is congenital syphilis?

Although the vast majority of syphilis cases are transmitted via skin-to-skin contact during sex, says Matthew Hammill, M.B.Ch.B., Ph.D., M.P.H., M.Sc., assistant professor of medicine at Johns Hopkins University School of Medicine and STD researcher, others occur during pregnancy. Congenital syphilis occurs when mothers with the infection spread it to their babies.

The effects of congenital syphilis can be “devastating” on babies, mothers, and families, Hammill explains. The infection can cause miscarriage, stillbirth, premature birth, low birth weight, and death soon after birth, according to the CDC. About 40% of babies born to mothers with untreated syphilis will pass away.

Those that survive could be afflicted with deformed bones, severe anemia, enlarged organs, jaundice, blindness, deafness, and meningitis, the CDC says. Symptoms of congenital syphilis usually develop within weeks of birth, but can take years to present. Babies can be treated, but it must happen right away. Congenital syphilis rates have been rising each year since 2013, per the CDC.

“Every pregnant woman should be tested for syphilis during the pregnancy,” Dr. Murphy advises, preferably during their first prenatal visit to the doctor. Treating infections with penicillin early in pregnancy “prevents having syphilis-positive babies born to these mothers.”

“These cases are 100% preventable,” Hammill explains. “The way I see it, and I think that many of my colleagues do, too, is every baby born with congenital syphilis is a failure of the healthcare system.”

Can syphilis be cured?

Yes, syphilis can be cured by antibiotics. Although treatment varies by stage, penicillin is the common denominator, Dr. Murphy says. However, treatment cannot undo any damage the infection has already caused, the CDC warns, meaning that it’s imperative you get tested regularly to catch it early.

If you suspect you have syphilis, it’s imperative you seek testing—without a test, it can’t be treated, Dr. Hammill explains. If your test comes back positive, you and all of your sexual partners should be treated, Dr. Murphy recommends.

Why is syphilis on the rise in the U.S.?

There is no one reason that syphilis and other STIs are spreading so rapidly in the United States. On a personal level, “syphilis is easily spread because the initial symptoms are painless and may go undetected,” Dr. Murphy says. “Unless the disease is completely eradicated and not almost eliminated, we run the risk of increasing cases over time.”

But structural forces are also at play. For example, decreasing investments in public health clinics have left vulnerable communities—the ones who are more likely to contract syphilis—without access to safer sex education and testing, Hammill argues. “People need a safe place to go,” he explains. “For many people, their primary care provider is a safe place. For others, sexual health clinics are a place of safety, where they will go for high-quality, confidential care.” Stripped of those resources, many people have nowhere else to turn.

Another factor might be the internet, which has increasingly allowed people to seek sex with partners they might not have encountered otherwise, Hammill says. The COVID-19 pandemic is yet another facet of the most recent rise in syphilis, he explains, since funds and workers have been diverted toward treating patients with SARS-CoV-2. In fact, one survey from January found that a third of state and local STD staff had been assigned to COVID-19 response efforts.

To curb the spread of syphilis and begin to bring numbers down, it’s imperative that those who are sexually active seek out testing—especially people like pregnant women and men who have sex with men. In fact, Hammill says, most people with sexually transmitted conditions don’t know that they have any, since not everyone develops symptoms. Safer sex practices like using condoms can also cut down on the risk of contact with a syphilis sore, making transmission less likely.

But it’ll take change on a structural level to make a bigger impact, Hammill explains; developments like increased testing, community education, and the destigmatization of STIs helped healthcare professionals nearly eradicate syphilis 20 years ago. With the right tools, they can do it again—and not a moment too soon. 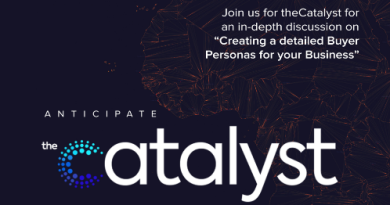 Attend The Catalyst 6.0: How To Create Detailed Buyer Personas For Your Business 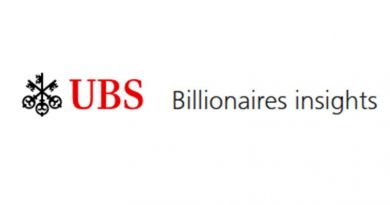