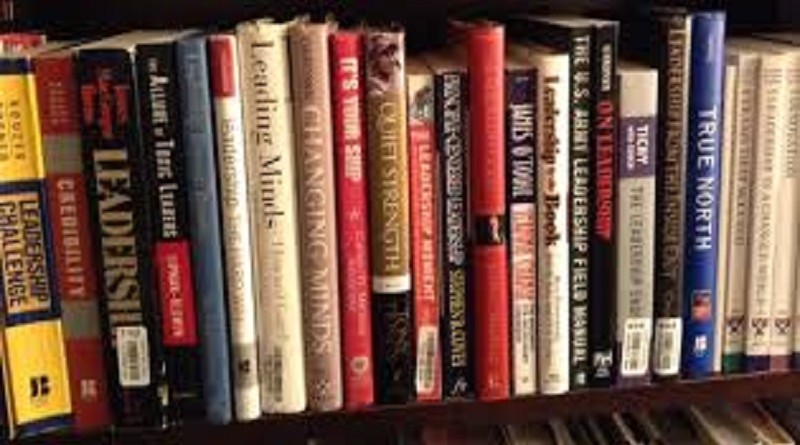 Business writers in 2019 remain fixated on technology–who developed it, how it is changing us, and why we should a) bring it to heel or b) stop worrying and love it. There seemed to be fewer titles by big-name executives than in previous years, with Bob Iger of Disney, Marc Benioff of Salesforce, and John Browne of BP among the exceptions. The number of titles explicitly targeting entrepreneurs also appeared to shrink, although a few more general strategy books–for example Thales S. Teixeira’s intriguing take on disruption, described below–are great blueprints for legacy business takedowns.

Here are Inc.’s picks for the year’s 11 best business books for entrepreneurs.

1. Biased: Uncovering the Hidden Prejudice That Shapes What We See, Think, and Do
by Jennifer Eberhardt

Eberhardt, a MacArthur-winning social psychologist, examines how racial bias–more damaging for going unrecognized–thrums like bad blood in communities, schools, and, most starkly, in law-enforcement agencies and the courts. Biasedtouches everyone, and business isn’t top-of-mind for the author. But CEOs, who have a mandate to root out bias from their organizations, will learn from the experiences of companies like Nextdoor, a community platform coping with unfair targeting of minorities for neighborhood crimes; and Airbnb, which has struggled to prevent hosts from rejecting guests because of their skin color. Bias training is fine, as far as it goes. But Eberhardt warns companies that training creates the risk of growing complacent and ignoring the harder challenges, like changing culture and policies. (So watch yourself, Starbucks.)

2. Brave New Work: Are You Ready to Reinvent Your Organization?
by Aaron Dignan

The No. 1 reason people start businesses is because they have an idea. Not far behind is dissatisfaction with their current jobs. They want to take everything their current employer does and–in their own companies–do the opposite. Dignan, founder of The Ready, an organization-design firm, shows the way in Brave New Work. Dignan explains how centralized, process-focused, supremely cautious companies prevent people from doing their best work. His approach to remaking an organization–cleverly laid out as an operating system–can also be used to develop a new one. It comprises everything from cool approaches to budgeting (zero-based, participatory) to meetings (die, status updates, die!) to compensation (what if you let employees determine their own pay?). Dignan has studied some of the most intriguing workplace practices out there and introduces fresh thinking to old problems.

3. How We Make Stuff Now: Turn Ideas Into Products That Build Successful Businesses
by Jules Pieri

For anyone with an idea for a product but no clue how to design, build, package, or market it–let alone how to finance the thing or prevent someone from stealing it–How We Make Stuff Now walks you clearly and methodically through the process. Pieri, co-founder and CEO of The Grommet, a website that helps makers launch cool products, has advised scores of entrepreneurs and is a master of both the broad strokes and the details: everything from how to think about Amazon to why UPC codes matter. The case studies–like that of Bonnie Tyler, the 76-year-old inventor of the Negg egg peeler–are refreshingly accessible.

4. Loonshots: How to Nurture the Crazy Ideas That Win Wars, Cure Diseases, and Transform Industries
by Safi Bahcall

Every entrepreneur who someone once called bonkers–which is to say every entrepreneur–will thrill to this definition of “loonshots“: game-changing innovations that started as “widely dismissed ideas whose champions are often written off as crazy.” Bahcall, a physicist, applies science to the question of how those fragile products of genius and serendipity survive repeated rejection (the “Three Deaths”) and are ultimately translated into triumphs like radar or statins or instant photography. The message for leaders: Protect your inventors and carefully manage the transition of inventions to the field.

5. Nine Lies About Work: A Freethinking Leader’s Guide to the Real World
by Marcus Buckingham and Ashley Goodall

Among this year’s best books about leadership is one that argues that leadership isn’t a thing. In Nine Lies About Work, performance guru Buckingham and Cisco executive Goodall remind us that people’s abilities, motivations, and perceptions vary wildly. So managing them all in the same way, which companies do to reduce complexity, doesn’t really work. How can you give feedback if everyone aspires to her own definition of excellence? How can you espouse a common culture when everyone’s experience of work is different? As for leadership, it can’t be defined or measured, and no one possesses all the characteristics that are supposedly required. The question isn’t how to lead, the authors write; rather, it is how to attract followers.

6. Range: Why Generalists Triumph in a Specialized World
by David Epstein

If you haven’t completed those 10,000 hours of deliberate practice intended to make you master of whatever, stop now. Go learn to throw a pot or play the zither or program with Python instead. Epstein, a journalist, attacks the wisdom of specializing early and intensely with a wealth of research and anecdotes. One satisfying story he offers in Range, for example, is that of Gunpei Yokoi, whose lack of genius at cutting-edge electronics relegated him to a job at a backwater playing card company, where he parlayed his dalliance with random older technologies to create modern-day Nintendo. For open-ended problems–in which the business world abounds–narrow expertise often fails to cut it, Epstein explains.

7. Rockonomics: A Backstage Tour of What the Music Industry Can Teach Us About Economics and Life
by Alan B. Krueger

Music is an iceberg-tip industry for disruption: of production methods, delivery channels, compensation strategies, consumer engagement, and intellectual property law. In Rockonomics, Krueger, a professor and former chairman of the Council of Economic Advisors, limns the industry’s changes and shifting power dynamics wrought by digitization and other forces and explains their lessons for the broader economy. Most fun are the portraits of musicians as their own financial agents: Tom Petty and the Heartbreakers embarking on “The Lawsuit Tour” after a dispute with their label; the rapper Lil Pump slipping out of an underwhelming first contract through a legal loophole. As Sheryl Crow says, “It’s all about supply and demand.”

Harvard Business School professor Teixeira spent eight years visiting large tech companies like Google and Facebook, hot startups like Birchbox and Houzz, and incumbents like Walmart and Warner. His conclusion: Startups disrupt not with innovation or new technology but by separating customers from their familiar approaches to buying. They do this by grabbing one piece of the process for themselves. So: By choosing customers’ beauty products Birchbox made it unnecessary for them to sample those products in Sephora stores. Turo–a peer-to-peer car-sharing company–decoupled the use of automobiles from their purchase or even rental. Marketers best understand a company’s value to consumers, Teixeira writes in Unlocking the Customer Value Chain. Consequently, the most successful startup founders are the best marketers.

9. The Vagabonds: The Story of Henry Ford and Thomas Edison’s Ten-Year Road Trip
by Jeff Guinn

Tales of Silicon Valley’s bro elite are weak tea beside the escapades of the early 20th-century’s most dazzling businessmen. For years, Ford and Edison–accompanied by tire magnate Harvey Firestone and naturalist John Burroughs–embarked on semi-regular sort-of-camping trips cheered on by adoring crowds and breathlessly reported by a carefully primed press. These heat-seeking innovators–Ford’s star was rising while Edison’s declined–presaged the kind of celebrity culture now permeating business and politics. In The Vagabonds, Guinn, a journalist, describes an America in dizzying transition thanks to the automobile and other inventions made ubiquitous by these fascinating, flawed men.

10. Everyday Chaos: Technology, Complexity, and How We’re Thriving in a New World of Possibility
by David Weinberger

Weinberger, for decades one of the most prescient and philosophical thinkers about the internet, here tackles the broader subject of how technology influences the way we understand and function in the world. Moving back and forth between ancient history and 10 minutes from now, Everyday Chaos explains that fixed-future ideas like progress and preparation are insufficient in the face of multiplying layers of complexity. Yet as our decision-making is overtaken by machines, it becomes possible to operate without our own hypotheses about what will work. Weinberger advocates for operating in a state of “unanticipation” in which we leave options open (think minimal viable products, agile development, and black swans). In this way of looking at the world, traditional strategy can be dangerous. Obscurity is your friend.

11. What You Do Is Who You Are: How To Create Your Business Culture
by Ben Horowitz

Culture, like life, is what happens while you’re busy making other plans. And if you don’t shape that culture with intent, it may develop in ways you don’t like. Famed investor Horowitz finds exemplars of culture-building in unexpected places–a slave rebellion in Haiti, a maximum security prison in Michigan–as well as in his own tech and VC ventures. He demonstrates in What You Do how leaders can use crises as opportunities for big, brave gestures that make an indelible statement about what they and their organizations stand for. And while employees will understandably question rules that seem extreme–for example, charging people when they are late for meetings–those questions are an invitation to tell the story behind the rule, which they’ll never forget. 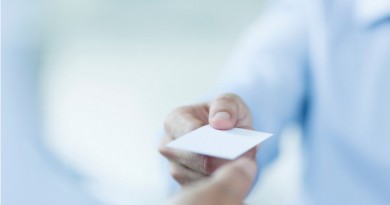 Should I Hold Referrals Hostage Until I Get Some? 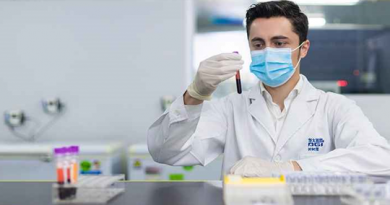 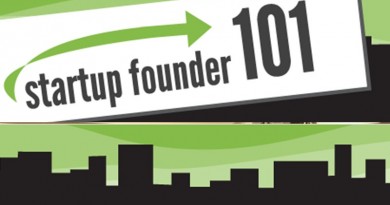 Why now may be the perfect time to start your business, according to the bestselling author of The Lean Startup