South African President Cyril Ramaphosa, has called on African countries to develop the tourism industry, declaring that the sector is the new gold in Africa, reports Aidoghie Paulinus of Sunnewsonline from Durban.

He said South Africa was in the radical process of overhauling her entire visa process in order to encourage intending visitors into the country.

Ramaphosa added that as part of South Africa’s efforts to revitalise its economy, the country was focusing its energies on labour-intensive sectors such as agriculture, the oceans economy and tourism.

He said South Africa has set a bold target to raise over $100 billion in new investment over five years to meet its economic goals.

Ramaphosa spoke in Durban, South Africa, during the closing ceremony of the 2019 Africa’s Travel Indaba.

The event organised by the South African Tourism, brought together, players in the tourism industry from across the world.

Ramaphosa further said the tourism sector is one that is thriving and that has tremendous potential for further growth and for the creation of jobs.

“As the global citizens that we all are, we are physically separated by borders whichever part of the world we come from. We are, however, united by our affinity and our love for this great continent, Africa, the cradle of humankind.

“It is Africa’s status as the Mother Continent, as home to some of the oldest hominid fossils and some of the world’s most unique biodiversity, that makes this continent a prime tourist destination.

“We have majestic mountains and smiling hills, pristine beaches and abundant fauna and flora, some of which are found here and nowhere else on earth.

“We have world-class national parks that are at the forefront of the conservation of rare and endangered species.

“Africa has vast expanses of majestic scenery, from Erg Chebbi in the ancient Sahara Desert, to the mountain highlands of Virunga, to the savannah grasslands of the Masai-Mara, to the place at the southern tip of our continent where the Indian and Atlantic oceans meet.

“A hundred and thirty-five World Heritage Sites are in Africa, from Aksum in Ethiopia to the city of Timbuktu in Mali to the Great Zimbabwe.

“Visitors to the many countries on our continent are able to engage in a range of sporting, recreational and leisure activities.

“We tend to think of tourism as being associated with pleasure motives such as visiting iconic sites and getting involved in recreational activities, but it can also embrace business, education, health or religion as a basis for travelling.

“Tourism, as your host, Minister Hanekom aptly put it during his opening address, is the New Gold,” Ramaphosa said.

Ramaphosa further noted the growing global consensus on the need for countries to pursue paths of sustainable development, to grow and transform the respective economies while minimising the impact on nature.

African countries, he added, are taking the lead in sustainable tourism and eco-tourism.

“We need to expand tourism in our countries, to contribute to economic growth, to increase our foreign earnings, to bring more people into the mainstream of our economies, and to boost related industries.

“Tourism is one of the most international of industries for it is an industry that tends to showcase a country’s identity and offering to the world.

“Tourism has an extensive value chain, stimulating economic activity in manufacturing, in the services sector and in the creative and cultural industries.

“Most importantly, tourism holds great promise for the development of small businesses in our countries,” the South African president added.

Ramaphosa also said in order to meet the challenges posed by technology, the continent has to marshal all the means at its disposal to show that it has what it takes to be that destination and to offer that experience that tourists want.

“To do so, we must address and overcome a number of challenges.

“Firstly we must reduce the onerous and often unnecessary bureaucratic red tape that tourists who want to visit our countries face.

“This requires of us to streamline our tourist visa regimes.

“As South Africa, we are committed to working towards the African Union’s goal of visa free travel and a single African air transport market.

“We are in the process of radically overhauling our visa dispensation for the rest of the world and introducing a world class e-visa system.

“Secondly, we must deal with crime and counter the perception that Africa is an unsafe tourism destination.

“This means we have to devote more resources to tackling acts of criminality, particularly crimes against tourists,” Ramaphosa stated.

Earlier in his welcome remarks, the acting Premier of KwaZulu-Natal, Sihle Zikalala, said the province shall be hosting Indaba for the next four years.

While saying that the 2019 edition was the first, Zikalala pledged on behalf of the government of Kwazulu-Natal, its commitment to ensure that the standard of Indaba grew to become one of the best exhibitions in the world.

“We are grateful to our traditional market of Europe, America, and we are also very humbled, sincerely humbled by the support from the continent,” Zikalala said. 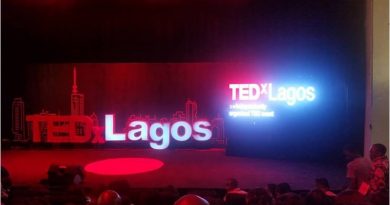