YouTube is first and foremost a video portal, the world’s largest and most popular online collection of moving images. But it’s also a search engine, the world’s second largest, trailing only its parent company, Google. And while the library on YouTube is made up of videos, in practice it has also become the world’s largest streaming music service, used by more people than well-known names like Spotify or Apple when it comes to consuming songs and albums.

Today, the video giant is rolling out a new app, YouTube Music, that attempts to capitalize on its dominance in this space. The app is free, and you can use it in free, ad-supported mode, but it becomes a lot more powerful and interesting if you pay for a YouTube Red subscription.

The fact that YouTube Music and Google Play Music both exist is a touch confusing, especially since you can use them both for free, but they both add a bunch of features if you subscribe to YouTube Red. The best way to understand the new music app is to think of Facebook. Just as the social network broke out Messenger into its own so it could optimize the experience, YouTube now has dedicated apps for its three most popular verticals: kids, gaming, and music.

You can use the app like a standard music service, searching for artists and playing individual songs or albums. It has licensed the same pool of roughly 30 million audio tracks you would find on its competitors. But the service is also optimized to present a vast collection of additional options — from live concert footage to karaoke tracks with embedded lyrics to instructional videos on how to play that bass line — which don’t exist on any other music streaming service.

“If you search YouTube for ‘call’ the first thing that come up are ‘Call Me Maybe’ and Call of Duty,” says T. Jay Fowler, who heads up the development of music products at Youtube. The team tested a service last year, Music Key Beta, and the feedback from users was that they wanted “an experience optimized for music.” When you search in the new music app, you’ll get only music-related results. Up top will be links to the official artist and album pages. Below that will be official music videos, with the wealth of related content below that. “A mix of structured and organic results,” explains Fowler. “It’s kind of a hybrid of browse and search.”

Before coming to YouTube, Fowler helped to found MOG, a widely praised music service that never achieved the same consumer traction as its rivals. “It was the Betamax of music services,” Fowler says with a wry chuckle.” With this app, he wanted to create an experience that was low touch but high reward, something that would appeal to a broad audience, and more importantly to a group of consumers distinct from those who have already signed up for a streaming music subscription. “I didn’t want to add in features so we could check a box just because another service has that feature,” said Fowler. “We wanted to make something uniquely YouTube.”The app doesn’t try to replicate the full-featured nature of Google Play Music. You cannot, for example, create playlists. Instead YouTube music creates a daily playlist for you, “My Mix,” which combines tracks you’ve listened to, tracks you’ve liked, and some new stuff it thinks you might like to discover. You can search and listen to any music for free, with ads. If you’re a YouTube Red subscriber, the ads go away and you get power features, for example that My Mix playlist is automatically saved for offline playback.
See also  GEF and UNDP sponsors Clean Energy Awareness in Makoko, Yaba

The goal, says Fowler, is to give you something that will be ready and waiting when that subway door closes and you realize you’ve forgotten to prepare your entertainment but are no longer connected to the internet. “A lot of people think of YouTube as a place you come to consume, lean forward, and then go someplace else, but we want people to have those leanback sessions,” says Fowler. “It’s important for people to understand that this experience, when unlocked with Red, is deeply portable.” In place of control, you get convenience.

The app will also offer up a couple genre-specific playlists based on your taste. That morning, for example, it had given Fowler a Post-Punk mix. He was particularly fond of a video it gave him from the band Low. As a former record store clerk from the Minneapolis area, Fowler is very familiar with the group, but had never heard their cover of the Rihanna hit “Stay.” Below that video, the app recommended the Rihanna original, then other songs and live concerts by Low, including a cover of “Stay” they performed at the Pitchfork Music Festival. “It’s smart enough to realize that people might want to see the original, but that the person who likes this is probably more interested in hearing other songs from Low, not Rihanna.”

Making the leap From Low to Rihanna and back again

When you’re on an artist page, Rihanna for example, you can browse through all her available albums and singles, just as you would on Spotify or Apple Music. You can listen to a full album, and it will play the video when one exists, and use cover art as a placeholder when one does not. If you subscribe to YouTube Red, you can play this music in the background, and choose to play it audio only if you want to save your battery and limit data consumption.If you’re in the mood for something a little less structured, you can use the Rihanna track as the seed to kick off an infinite playlist, essentially Rihanna radio, that will cue up related songs. YouTube Music has a neat feature here, familiar to users of Rdio, that lets you adjust the variety. You can pick a station that plays mostly Rihanna and closely related artists, or one that starts with Rihanna but goes off into a more eclectic and adventurous selection from there.

A slider to adjust your stream’s varietyThings can get complicated when it comes to artists whose work was mostly made in the pre-video days. You can play through every album by Harry Nilsson, but it won’t show videos for any songs, only cover art. On Nilsson’s profile page, it does show you some videos that exist on YouTube, including this stunning live performance of “Everybody’s Talking.” Unfortunately it won’t sync that video up with the song when you play it from an album, because it isn’t part of the catalog YouTube licensed from the labels.

YouTube, like Spotify, has a big built-in advantage when it comes to personalization and recommendation. Over the last decade, users have made hundreds of millions of playlists, an explicit act of curation that allows YouTube’s machine learning algorithms to understand what songs sound good together and what tracks belong in a genre-specific playlist. Along with input from users and structured metadata added by the music labels, “we’re a search engine so we have lots of data sources and pointers from the open web,” says Fowler.

YouTube also has a small human curation staff. Their job is to build playlists, but also to check up on what the algorithms have created, trying to ensure nobody has that “uh oh” moment Jimmy Iovine described when praising Apple’s human-centric approach to playlisting. “We do a lot of quality evaluations,” says Fowler. “Because when someone uses your service and asks for a certain style of music, when they expect something to play, that is an important contract you have fulfill.”Along with the personalized playlists, the app has a tab called trending that will show you the most popular songs on YouTube, the fast-rising stars, and the unknowns the curation team thinks will be big in the near future. The goal is to build playlists “that help our users understand what is culturally relevant,” says Fowler.

I’ve been using YouTube Red for a couple weeks and definitely feel it’s worth the $10 a month. I download a few clips to watch each morning on my subway commute to and from work and relish the ad-free experience. I’ve also been able to enjoy a few broadcasters from gamers I like as audio only while doing chores around the house, essentially converting the clips to podcasts by enabling the background play feature.

The one feature I really find lacking in Music is the ability to make playlists, but I know that when it comes to music services I’m hungry for power features that don’t necessarily appeal to the masses, and the goal here is to capture that massive audience which is already using YouTube as its everyday music service. It seems like it would have been easy enough to include, but Fowler insisted that the goal was to create the simplest, most stripped-down experience for the start.Luckily YouTube Music recognizes that the key to a good offering these days is perfecting recommendation and discovery, and that doing it well requires using more than human editors, as Apple does. Fowler believes curation at scale, relying on a mix of humans and algorithms, is key to transforming a music app from a utility to an experience. “I’ve been working in this industry for decades, I’ve built multiple music services. My favorite part about the evolution, it’s no longer just a utility like an outlet, that you can plug into and have all music. You plug into it and it helps make you fall back in love with music, it guides you along.” Services like Discover Weekly have begun producing some magical moments in my life, and I have high hopes that YouTube Music might be able to do the same.

YouTube, with a billion monthly users and global scale, is uniquely poised to help deliver that. “The indigenous catalogs can be really unique. In Australia, 30 percent of the music is ’90s alt rock, and that isn’t consumed anywhere else. To say my hand-curated list will satisfy that population is foolish,” says Fowler. “It’s admirable to think you can curate the world’s music, but once you go global, to have local knowledge, it’s best to give the power back to the user.”

With the launch of the dedicated music app, YouTube has fundamentally changed the market for streaming music. For the last two years the value proposition was clear. Pay $9.99 a month for unlimited access to the same 30 million tracks, with a few exclusives or gaps here and there on certain services. Now you can pay $10 a month and get the world’s biggest video library, ad free and offline, a well-built streaming music service with that stock catalog music, and a hybrid music video experience that is unlike anything else out there. 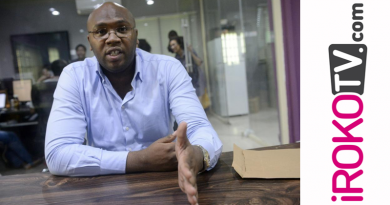 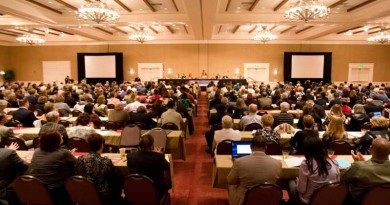 Exhibitions, Conferences and Networking Events for Businesses and Entrepreneurs 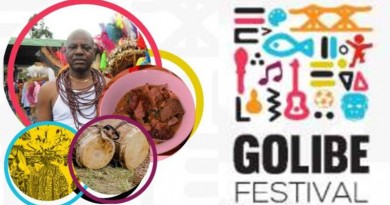 Onitsha set to host first ever Golibe Festival from December 23