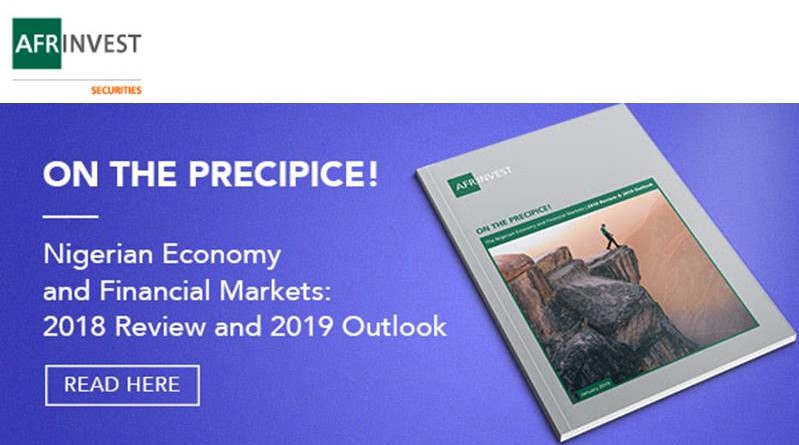 On the Precipice!
The year 2017 seemed to herald a resurgence of the Nigerian economy as exports recovered and investor confidence was restored in the FX market following the introduction of the I&E window. However, these only papered over the cracks as strong economic growth has been elusive and calm is yet to return in troubled regions. We observe that the widespread economic challenges that induced a recession in 2016 still persist and would be exposed by any substantial economic pressure. These issues prompted us to highlight the dire economic outcomes we foresee in the medium-term in our 2018 Banking Sector Report:

“… in view of the insufficient response to economic frailties so far, we believe that challenges facing the Nigerian economy are bound to persist. The two pillars of growth since the start of the millennium within the non-oil sector – agriculture and services sector – have come under enormous pressure of late and only a rejig of the current economic structure and fundamentals through reforms will provide respite. As critical structural reforms have been abandoned, we only anticipate anaemic growth, making a return to trend over the next five years highly elusive. Already, forecasts from the IMF also paint a worrying picture with the suggestion that Nigeria could suffer declines in per capita income up till 2023 – this would indicate eight-consecutive declines from 2016.”

The Nigerian economy is currently at crossroads, and 2019 is a defining year considering the grim socio-political and economic developments in recent times. Since the 2015 elections, growth has persisted below the long-term growth rate of 6-7.0%, the unemployment rate has more than doubled from 9.9% in Q3:2015 to 23.1% in Q3:2018 and insecurity has spread across all regions of the country. Furthermore, according to World Data Lab, the highest number of extremely poor people in the world can be found in Nigeria.

The issues which plague the Nigerian economy and market are storied and have been reflected by us through various publications. In our view, the country has come to a point where there needs to be a reset to set the country on the path of prosperity or the country faces a bleak future from which the path to recovery may extend through a generation. In our 2018 Banking sector Report, we highlighted an Economic Agenda for A New Government, focused on 7 key areas where we believe market-driven reforms can drive strong economic growth and development. These included;

The cost of inaction cannot be overstated as we move towards another important inflexion point. The risk factors remain on the horizon and remain poised to break the bonds of this tenuous seal. The country remains vulnerable to oil price shocks as buffers remain weak. While crude oil production levels are expected to increase, latent security risks in the Niger-delta region, amid volatile oil prices could pressure government finances. Crude oil receipts pressure would most definitely filter into FX liquidity risk, which would exert immense pressure on the economy. The issues are rife and seemingly insurmountable, if political expediency remains the first set of criteria for decision making.

We view the country as being “On the Precipice” because this point in history will determine the next cycle and could very well lock the country into a spiral of weak or contracting growth or lay the foundations upon which the country emerges to the high phase of growth only witnessed not so long ago. Hence, in many ways, our outlook for 2019 and for the medium-term is dependent on the elections and the likely impact it would have on the overall economy.

To get the latest update on the Nigerian Capital Market and the Economy, kindly follow us on: Twitter 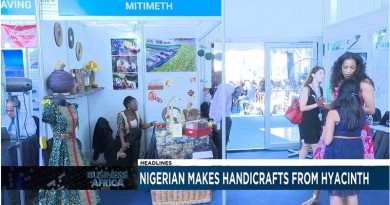