China made a four-point proposal on international cooperation against corruption on Wednesday, calling for a zero-tolerance attitude toward corruption and respect for differences between countries.

Zhao Leji, a member of the Standing Committee of the Political Bureau of the Communist Party of China (CPC) Central Committee and secretary of the Central Commission for Discipline Inspection of the CPC (CCDI), made the remarks during a special session of the United Nations General Assembly on challenges and measures to prevent and combat corruption and strengthen international cooperation.

“China is an active participant in and contributor to global anti-corruption governance,” Zhao said. The country contributed to the adoption of the Beijing Declaration on Fighting Corruption by APEC and the High-Level Principles on Cooperation on Persons Sought for Corruption and Asset Recovery by the G20, and put forward the Beijing Initiative for the Clean Silk Road to deepen Belt and Road cooperation, he noted.

“The international community needs to forge broad political consensus, take a zero-tolerance attitude toward corruption, build zero-loophole institutions, carry out zero-barrier cooperation, and press ahead with cooperation on persons sought for corruption and asset recovery and on foreign business bribery,” he said.

Meanwhile, countries should respect differences between them and promote equality and mutual learning, he stressed.

“We need to respect the sovereignty and political and legal systems of each country, respect their right to choose their own ways of fighting corruption, and foster an international partnership for anti-corruption cooperation that is based on equality, respect for differences, exchanges and mutual learning, and common progress.”

He also urged countries across the world to “honor commitments and put action first.” Signatories to the UN Convention against Corruption should “honor their solemn commitment of fighting corruption together.”

“We have adopted a holistic approach to address both symptoms and root causes of corruption, and combined law-based punishment, institutional checks, and education and guidance to made our anti-corruption governance more effective,” he said.

In 2020, disciplinary inspection commissions and supervision agencies across the country investigated about 618,000 corruption cases, leading to the punishment of 604,000 people, a report by China’s top anti-graft body said. A total 1,421 fugitives were brought back to China last year, the CCDI report showed.

With “multi-pronged measures” to tackle all acts of corruption, China has secured and consolidated a “sweeping victory” in the fight, Zhao said.

According to a recent survey by China’s National Bureau of Statistics, 95.8 percent of the Chinese people are satisfied with the country’s anti-corruption efforts, he noted.

‘We cannot allow corruption to continue’

Addressing the special session, Volkan Bozkir, president of the 75th session of the UN General Assembly, said Wednesday the effects of corruption are “detrimental to all of society” and that it should not be allowed to continue unchecked.

“Transnational financial crime and corruption are unfortunately commonplace in our interconnected, interdependent world,” Bozkir said, adding that corruption affects decision-making processes and “remains one of the most critical challenges for states, institutions, and communities.”

“We cannot allow corruption to continue. We will not,” he stressed. 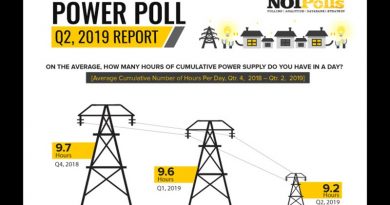 Nigerian Households Experienced A Decline in Power Supply in Q2, 2019 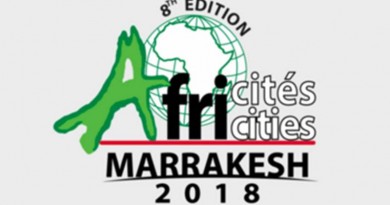