We’ve all heard the advice: “you become the people you hang out with.” This means that you not only need to surround yourself with successful people (however you define success) but that you also need to be continually networking up to raise the bar for yourself over time.

Having run the world’s largest business networking organization for more than three decades, one of the things I’ve learned is that: There’s generally room at the top. It’s the bottom that’s really crowded. So how do you start networking above your weight class to move your way up? Here are nine things I recommend that will help you accomplish that goal.

Hang out where successful people are.

We are all at a different place in our career, so start by assessing where you are and then determine where you can go to “network up.” When I was new in business, that meant joining a local service club like Rotary, Lions, or Kiwanis. Organizations like the Chamber of Commerce and BNI are also excellent ways to start networking up. Later, I added boards of non-profit organizations and charities to my list. Many successful people play in these arenas. What a great way to connect with these people in a professional environment.

If you’re not uncomfortable connecting with someone, then you’re not aiming high enough. I’ve been there. I understand this feeling. However, you need to get past that and go talk to them. Your discomfort may be a sign that this is the exact person you should be talking to.

Don’t sell or pitch to them!

I can’t tell you how many times I’ve met someone for the first time and they start “selling to me.” I’ve seen the same thing when I’ve been with other business people far more successful than me. Don’t do it! The old adage – “it never hurts to ask, right” is completely wrong when you are networking up with someone for the first time. A lot of people do it – don’t be one of the crowd.

Don’t complain to them.

I know, that sounds obvious, but I’ve been both the victim of it and I’ve seen it. I was with an incredibly successful business man some time ago when he was meeting people in a crowd when someone he just met went on a rant about some problem with the man’s company. He stood out, and was quietly escorted out. You want to be remembered, but not for that.

Acknowledge their work but don’t be a sycophant.

There are plenty of people to flatter them, so don’t “puppy-dog lick them” to death. Successful people are, however, still people, and they appreciate knowing their work makes a difference. I have found that if I share a specific story about how their work or business has really helped someone in some way, they truly appreciate the comment. That way the conversation is not all about me, and at the same time, it acknowledges them for the work they’ve done.

Work within the context.

If at all possible, find a way to connect what is happening at the moment to something interesting in your discussion or setting. For example, I met a well-known international thought leader for the first time at a book signing for speakers at a conference. The problem was that the audience was still at dinner, and no one was at the signing! So I shared a story with him about a book signing I did where the only person who showed up was my mother. She acted like she was a fan and made such a big deal at the signing that people started crowding around my table. It was an incredible embarrassment that turned into a huge success. He laughed so hard that it helped him remember me well enough to invite me to join a professional organization that meets regularly around the world.

This is a critical item. If you know they are going to be at an event, do some internet research to find out what they are currently working on, then open up your discussion by asking them to tell you about it. If you haven’t done the research – ask them what they are working on that they are most excited about. Google them to learn more about them.

Add value when you are networking up.

This is the most important item. If you can find a way to add value – you’ll be remembered. For example, the last time I had the opportunity to talk to Richard Branson, I asked him about his latest endeavor at the time – The “B Team” or the Business Team. When I asked him about it, he was pretty excited with the program. I asked him how I could help him with it. I asked if it would be of value if we did a short video interview. He could share the program with my audience. He loved the idea, and we shot the video about the B Team program for my blog.

Don’t assume they remember you next time.

If you meet them or connect with them again, never, ever, assume they remember you. Always help them out by giving them context on how you know each other or met. Really successful people tend to meet hundreds, if not thousands, of people. Giving them context helps them jog their memory. If you meet them in person, give them a reminder of where you met. When I am networking up with an email communication, I’ll send a copy of a photo of the two of us from the event where we met. That always jogs their memory.

Finally, remember that if you’re always the most successful person in the room, you’re hanging out in the wrong rooms. Take these nine suggestions and start “networking up” to the right rooms. 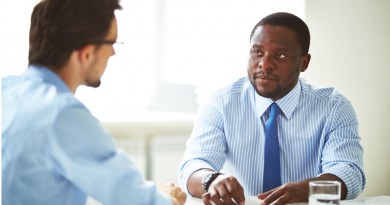 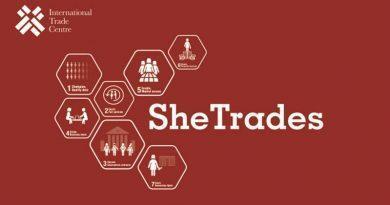 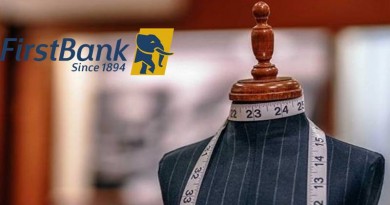 Grow your business with the FirstBank SME Virtual Desk